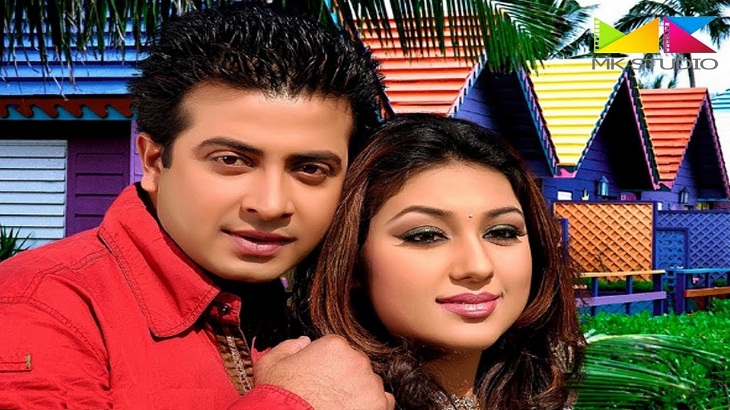 Many film producers in Dhallywood are thinking of filing a case against Shakib Khan and Apu Biswas as they claim that they are incurring huge loss for their divorce.

They said the separation of the once popular pair has made it impossible to complete the movies the duo were working on together.

Movies like Pangku Jamai, Love 2014, Ma, My Darling are stuck after nearly 70% of the movies were done because of the tricky situation between Shakib and Apu.

Mohammad Himel, producer of ‘My Darling’ said, “We have been waiting a long time for the movie to be wrapped up. After finishing about 70 percent of the shooting, Apu Biswas has disappeared, and it has been impossible to contact her. Then she came back a year later with a child, and then we discovered that Shakib Khan and she are not even talking to each other. But what about us? We spent nearly 2 crore taka for the movie and if we can’t finish the movies, this will be our loss. We cannot accept this, and for this reason, we are thinking of filing a case.”

Producers of many other films echoed the same opinion.

Dhallywood star Shakib’s divorce from his wife of eight years, actress Apu, was finalised on March 12.