El Salvador woman freed after 15 years in jail for abortion 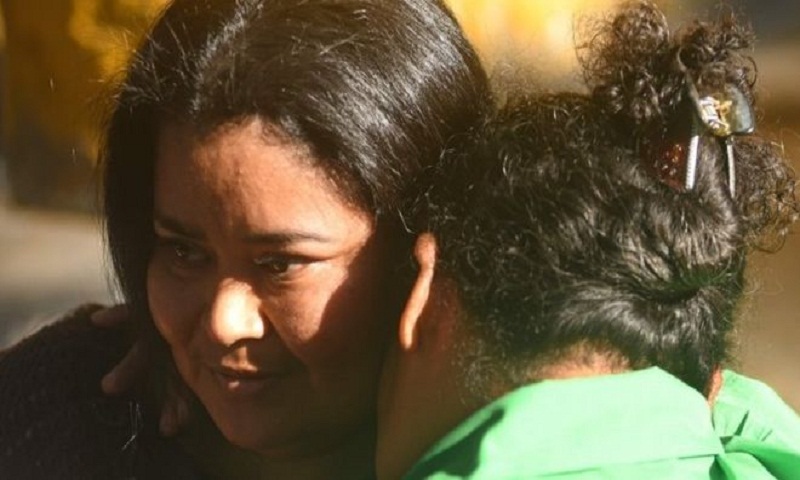 A 34-year-old woman in El Salvador has been freed after spending 15 years in jail for having an abortion.

Maira Verónica Figueroa Marroquín was released after her 30-year sentence for aggravated murder was reduced.

Abortion is banned in El Salvador, a predominantly Roman Catholic nation, in any circumstances.

Ms Figueroa always maintained her innocence. She said she suffered a stillbirth in a house where she was working as a maid in 2003.

She was taken to hospital, arrested and eventually sentenced for inducing an abortion.

Her parents, as well as journalists and activists, were outside the prison in Ilopango, near the capital San Salvador, to welcome her.

"I am happy to be with my family," she said.

"I want to study law to understand what happened to me and help other women," she added.

"I'm going to start again and make up for lost time."

Ms Figueroa is the second woman this year to have her sentence for abortion reduced by the Supreme Court.

She spent 10 years in jail after her baby was found dead and she was sentenced for murder.

El Salvador is one of a handful of countries in the world where abortions are completely banned and carry heavy sentences.

The punishment is up to eight years in jail but in many cases in which the foetus or newborn has died, the charge is changed to one of aggravated homicide, which carries a minimum sentence of 30 years.

While El Salvador is not alone in Latin America in having a total ban on abortions, the country is particularly strict in the way it enforces it.

Doctors have to inform the authorities if they think a woman has tried to end her pregnancy. If they fail to report such cases, they too could face long sentences in jail.

Human rights groups say this results in a criminalisation of miscarriages and medical emergencies, with more than 100 convicted of abortion-related crimes in El Salvador since 2000.