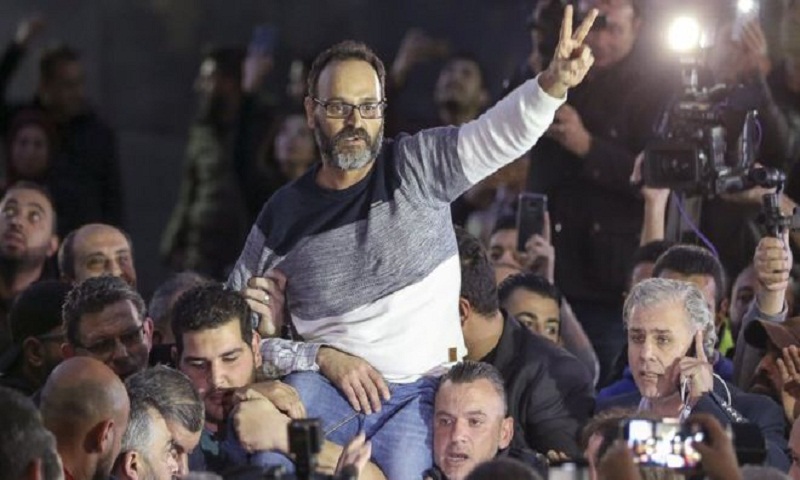 A prominent Lebanese actor who has spent months in detention accused of collaborating with Israel has had the case against him dropped.

A judge freed Ziad Itani from detention and ordered the arrest of a security officer who built the case against him.

Mr Itani was suspected of gathering information on Lebanese politicians with a view to passing it on to Israel.

Lebanon technically remains at war with Israel and collaborating is punishable by death.

Mr Itani was detained in November on charges of "collaborating and communicating with the Israeli enemy".

It was alleged that Mr Itani had confessed to being "tasked to monitor a group of high-level political figures". However, close associates said his "confession" was extracted under duress, a claim denied by the authorities.

The case has been widely covered in Lebanese media and has thrown a spotlight on the country's security apparatus.

As he left Roumieh Prison on Tuesday, a tearful Mr Itani flashed a "V" for victory sign and said he had been subjected to a great injustice.

"I am an artist and the son of the stage... how could I be accused of such ugly things?" Lebanon's official National News Agency reported him saying.

The security officer arrested on the judges orders was a former head of an anti-cybercrime unit, Lt Col Suzan Hobeiche.

She was taken into detention earlier this month on suspicion of having fabricated evidence against the actor. It is not clear exactly what charges she now faces.