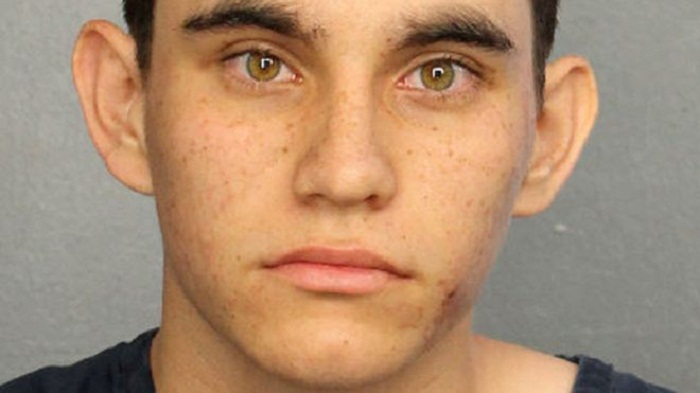 US prosecutors are seeking the death penalty for the teenager accused of killing 17 people at a Florida high school last month.

Nikolas Cruz, 19, has admitted carrying out the attack and is charged with 17 counts of premeditated murder.

The attack, at Marjory Stoneman Douglas High School in Parkland, Florida, is the deadliest US school shooting since 2012.

It has re-ignited long-running debates about tougher firearm restrictions.

Cruz has told police that he arrived on campus and began shooting students before abandoning his weapon and escaping, according to court documents.

The FBI has admitted it received a tip-off about him last year.

In a notice filed on Tuesday, prosecutors said they would seek the death penalty and would prove the crime "was especially heinous, atrocious or cruel."

"The capital felony was a homicide and was committed in a cold, calculated and premeditated manner without any pretence of moral or legal justification," the notice said.

Lawyers representing Cruz have said he will plead guilty if the death penalty is not considered.

"We are not saying he is not guilty but we can't plead guilty while death is still on the table," he added.

What do we know about the suspect?

Nikolas Cruz is a former student at the Marjory Stoneman Douglas High School.

He was reportedly investigated by local police and the Department of Children and Family Services in 2016 after posting evidence of self-harm on the Snapchat app.

Child services said he had planned to buy a gun, but authorities determined he was already receiving adequate support, reports say.

The Federal Bureau of Investigation (FBI) has admitted it did not properly follow up on a tip-off about Cruz in January.

The tip was not the only information the FBI received. In September, a Mississippi man reported to the law enforcement agency a disturbing comment left on a YouTube video under Cruz's name.

His interest in weapons was apparent on his social media profiles, which Broward County Sheriff Scott Israel said were "very, very disturbing".