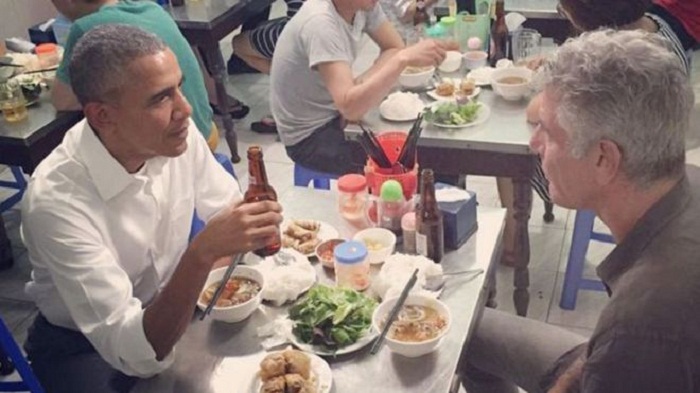 A table where former US President Barack Obama ate with chef Anthony Bourdain on an official trip to Vietnam two years ago has gone on display.

The table, complete with dinner set and empty beer bottles, has been encased in glass.

The owners of the Hanoi street food restaurant where the two men ate for $6 (£4) on plastic stools say the idea came from their customers.

They wanted to see where Obama had sat and what he had eaten. 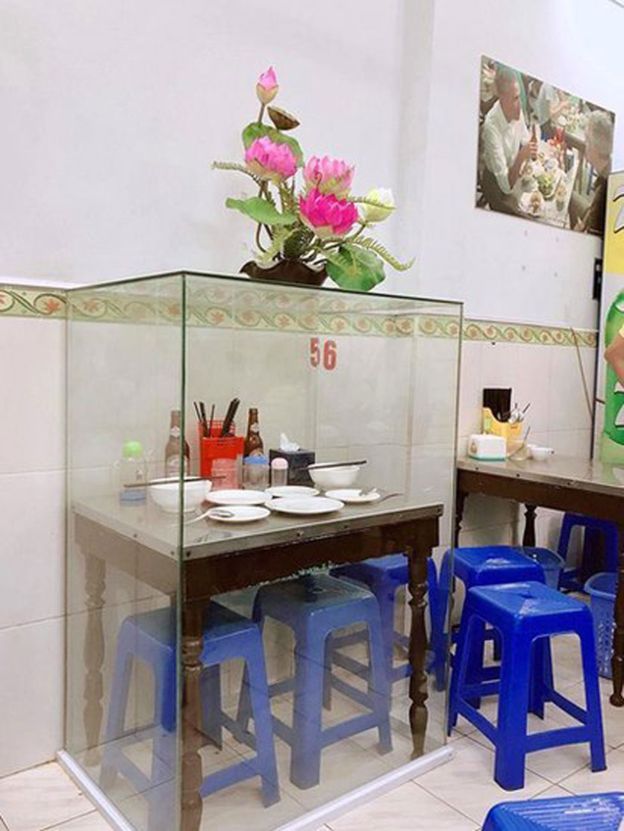 "The customers love it, many take photos next to the table," Nguyen Thi Hang Nga, co-owner of the Bun Cha Huong Lien restaurant, told the BBC.

"For us, it is a nice memory that we will cherish forever. It is not a PR gimmick, I don't think we get more clientele.

"The display was set up just before the Lunar New Year [in mid-February] and I haven't noticed any change in the flow of diners.

"Of course, the bowls and plates on display have been washed, as well as the empty beer bottles!"

The honour is normally reserved for the country's top leaders such as Ho Chi Minh who had their meals kept this way for posterity.

It is thought to be the first time a foreign dignitary has been remembered in this way.

Bourdain says he is not sure what to make of it.

The original photo of the 2016 meal which the chef shared on Instagram drew more than 120,000 likes and thousands of comments.