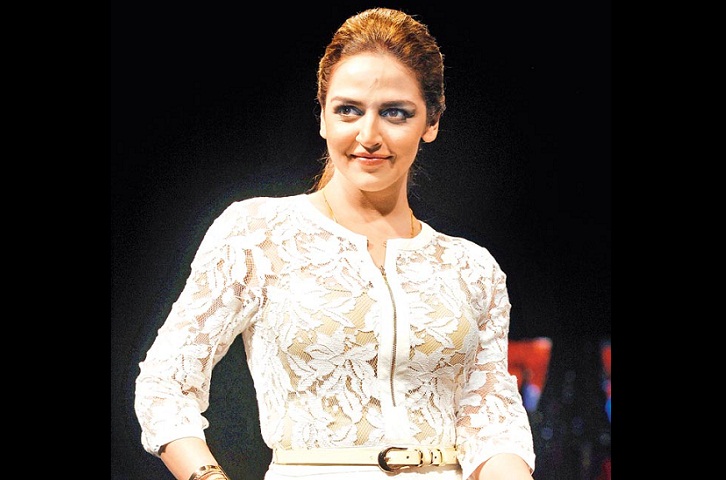 After her marriage to Bharat Takhtani, and motherhood, Esha Deol Takhtani is ready to return to her other love — movies. The actor will make her comeback after seven years with a short film, Cakewalk. Helmed by debutant Ram Kamal Mukherjee, the film will see Deol slip into the role of a chef."

Deol says she chose the film for its "strong message". "Cakewalk is a subject that intrigued me purely on the basis of its content. It has a strong message, but one that is subtly conveyed in the narrative. When Ram Kamal narrated the story to me, I knew he would be the best person to tell it visually.

A former journalist, Mukherjee previously worked with Pritish and Rangita Nandy on 12 movies, and co-produced the television series, Bin Kuch Kahe, last year. About making his debut as director, Mukherjee says, "I always wanted to tell a story, but I was waiting for the right opportunity. I wanted to work with someone who has faith in my vision."

For her chef act, Deol will pick up tips from a chef friend before the film goes on floors in Kolkata.

"Considering my best friend Shilarna Vaze is a celebrated chef, I will be speaking to her before we shoot." While she is happy to face the cameras once again, Esha Deol is in no rush to sign movies because she is enjoying motherhood. "Radhya [her daughter] is my first priority. She is my little fairy; I cannot describe our bond," she says, adding that she agreed to be part of this film because it wouldn't keep her away from Radhya for long.