Bangla Rules in All Domains of National Life 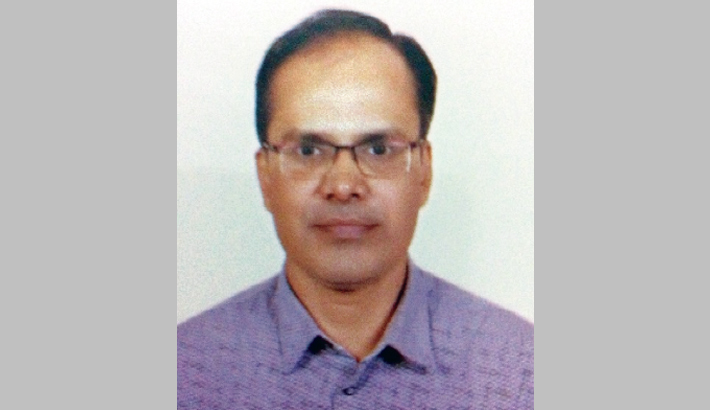 In my preceding article in the Daily Sun, I tried to explain whether English should be taught as a compulsory subject from primary level in Bangladesh. In that article I wrote that there should not be so many hullabaloos about the necessity of English education from the primary level because Bangla still occupies the dominant role in all domains of our national life.  Though English is becoming more important now for various socio-political reasons in Bangladesh as elsewhere in the world, the status of Bangla is unquestionable. Bangladesh is a monolingual country where Bangla is the official language for education, administration, media, literature, cultural activities. The Constitution of Bangladesh in 1972 recognised the undisputed status of Bangla as the state language of Bangladesh. Various measures have been taken by successive governments to ensure the widespread use of Bangla in all spheres of national life. In this write-up, I shall analyse the domain-wise use of Bangla and English in our national life. I will investigate if English has actually become inalienable to all our major domains. I will discuss the major domains of our national life, such as, administration, education, media, law and home.

Administration: Bangla is predominantly used in government administration. The language of public office in Bangladesh is mostly Bangla. Though not mandatory, all the works in public offices are conducted in Bangla except communication with outside world.   Public offices use Bangla for all types of correspondences, circulars and other purposes. Only the international tenders of the government are floated in English. It is true that there are  a few instances of using English by senior government officials. To stop this practice the High Court on 29 April, 2014, issued a rule on the government to explain why it should not be directed to use Bangla mandatorily in all sectors including offices and courts of the country according to ‘Bangla Bhasha Procholon Ain’ of 1987. We see that there were initiatives and signs of sincere efforts to use Bangla from the top political leadership of the country during various governments. But, there were antagonistic forces which did not want to let it happen. The colonial mentality of the civil and military bureaucracy and ‘nouveau riche’ tried to marginalise Bangla and create obstruction to its implementation. It is not the fact that all   senior public servants of our country are competent users of English.

Bangla medium education is better for the mass people for financial reason as well. The Bangla medium schools are usually cheaper which are availed by the majority of population. The achievement from learning English for so long a period by the population cannot deserve much applause as well. Is the achievement worth the money, time and effort given so long? Although English has been taught compulsorily in schools from primary to tertiary level through the secondary one, students’ proficiency in English is generally still found to be very poor. A study in 2005 reports that the average English language skill of a university level student is equivalent to that of a Class 7 student.

Media: In both print and electronic media Bangla is being significantly used. The latest updates from the Press Information Department, Ministry of Information, Bangladesh gives the following number of Bangla and English newspapers and channels. The total number of printed Bangla newspaper is 31 whereas it is 8 in English. The total number of online Bangla newspaper is 83 but it is 16 in English. There are 23 Bangla TV channels but no Bangladeshi English TV channel. A couple of Bangla channels telecast English news two or three times a day. Majority of people still watch Bangla channels for news and entertainment programs. Quite interestingly for majority of educated housewives in towns, Indian Bangla and Hindi channels like ZTV, ETV, Star Jalsa, Sony are the main attractions. A survey finding done on domain wise use of English and Bangla shows that only 1.4 per cent students watch English news on local channels. Only 12.7 per cent always watch English news on foreign channels. Similarly, only 12.7 per cent always and 50.8 per cent sometimes read English daily newspapers. It is true that the teen-agers and youths in mega cities are very keen on watching English movies on Star Movies, ZTV and sports programs on Star Sports and Ten Sport. But it is a matter of concern that many Bangladeshi Private TV channels and radio stations are patronising ‘impure’ Bangla while producing programmes for the young generations. The language they use is neither Bangla nor English, but a queer variety, ‘Banglish’.  To stop this unwholesome practice the Ministry of Information has recently urged the TV channels and radio stations to stop   using ‘Banglish’. Such an initiative was taken in other countries as well.  In 2010, the General Administration of Press and Publication in China banned the use of English in Chinese media such as books, papers and on the web, explaining that the ever increasing usage of English and half-English phrases are damaging the “purity “of the Chinese language and upsetting the nation’s “harmonious and healthy cultural environment”.

Law: It is true that once almost all the laws of Bangladesh were enacted in English and the higher court would use English for its court proceedings. But, nowadays the use of Bangla in all higher courts both by the bar and the bench has increased much. However, the lower courts always use Bangla. All the important law books have been translated into Bangla by this time and these books are popular in law colleges. Law graduates passing from these colleges are naturally either scared of using English or allergic to English. The law graduates from these colleges are spreading across district level courts and are paving the way for the widespread use of Bangla. The High Court also gave directives to the government several times to ensure the use of Bangla in all domains of national life.

Home: English is not used much at home and outside home in Bangladesh. At home majority of people use their own dialects. A few people use the standard Bangla at home. In meetings, seminars and workshops people use Standard Bangla. The said survey also shows that only 1.3 per cent people use English always at home and only 1.6 per cent use English outside home. A homogenous language community is the greatest advantage for Bangladesh. Bangla is the only language for communication across the whole country with a slight dialectal variation.

The current position of English can still be said to remain ‘elitist’ in nature here. It has neither become the language of mass people nor needs it to be so in a country of mainly homogenous language community. Rabindranath Tagore and other Bengalis have given the Bangla language a place of honour in the world. If we Bangla-speaking people can focus on Bangla, the rest of the world will be in our hands; many “Gurudevs” will shine before the world. At the same time, I want to make it clear that there is no scope to undermine the importance of English as a powerful international language. But, we should not uphold the perception that we cannot develop as a nation without English. That is, development of the country should not be equated with English knowledge of our mass population. Counties like Japan, Germany, and French are examples of the highest development with utmost importance being given on their mother tongues. They are spreading their education to all people in their respective mother tongues and reaping the fruits of education. We will learn English but not at the expense of mother tongue, Bangla. We need to be more serious about proficiency of our population in mother tongue because our mother tongue education is still defective and learners’ proficiency in it is unsatisfactory.