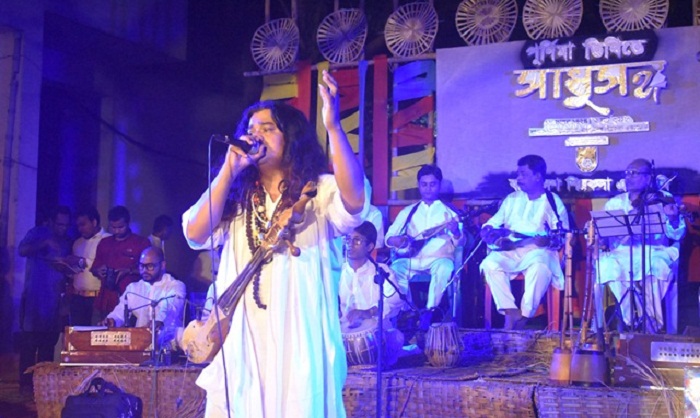 Alongside, Sharif Shadhu, Hamida, Bashar and Samir Baul presented some songs while a BSA troupe performed chorus in the ceremony.

BSA Director General Liaquat Ali Lucky delivered the welcome speech at the beginning of the ceremony.

"Lalon’s song and his philosophy will make Bangladesh a non-communal and multicultural and friendly country," he said.

The musical event began at 6pm with devotional song and continued till 9:30pm.

Lalon used to gather his followers and friends on the Purnima Tithi when he was alive.