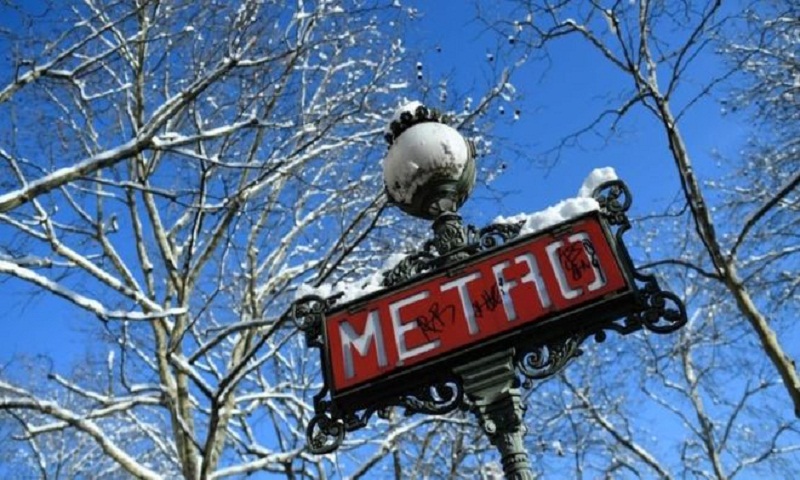 Social media has reacted with outrage after a pregnant Frenchwoman was fined €60 (£54; $74) for walking the wrong way at a Paris metro station.

The ticket was issued when she tried to shorten her journey by walking counter to a one-way system at Concorde.

The woman's partner posted a picture of the fine on social media, saying "Bravo for this racket."

His post led to a number of other metro users complaining that they had been targeted the same day.

One, Lucile, told Le Figaro she thought the signs were there simply to make sure people did not get lost in the corridors.

"I was the only person in the corridor when they stopped me. It's unacceptable. We pay €75 a month for a service that doesn't always work, with seedy corridors and trains."

RATP said issuing tickets for the offence was "infrequent" and that it was up to individual inspectors.

"Certain corridors can only be used in one direction in order to facilitate flows and especially to avoid incidents," it said.

Michel Babut, of the passenger group FNAUT, said the ticket was a "total aberration" and the rule needed a complete overhaul.

One Twitter user pointed out that the fine was more than for not having a ticket, adding "words fail me".

Another suggested that instead of fining people for walking the wrong way, they should be fined for standing on the left of escalators.