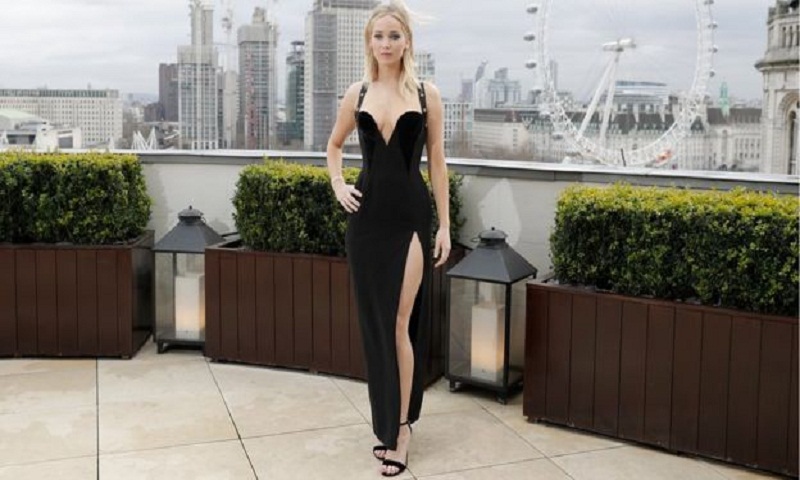 Jennifer Lawrence has hit back at people who questioned the dress she wore to an outdoor photo shoot.

Some critics wondered why she was wearing a revealing dress on a cold day for an event to publicise her new film Red Sparrow in London.

Her male co-stars wore long trousers and coats and several people pointed out the contrast.

Now the actress has hit back saying, shaming her outfit "is not feminism".

In a post on Facebook, Jennifer said the comments were a "distraction" from the real issues women face and the Versace dress with a thigh-high split was her choice to wear.

"Wow. I don't really know where to get started on this," she wrote.

"This is not only utterly ridiculous, I am extremely offended.

"That Versace dress was fabulous, you think I'm going to cover that gorgeous dress up with a coat and a scarf?"

She goes on to say: "I was outside for five minutes. I would have stood in the snow for that dress because I love fashion and that was my choice.

"This is sexist, this is ridiculous, this is not feminism."

Jennifer said creating controversy over "silly innocuous things" such as what she chooses to wear is "not moving us forward".

"It's creating silly distractions from real issues. Get a grip people. Everything you see me wear is my choice. And if I want to be cold that's my choice too."

Fans have been quick to come to her defence on social media.