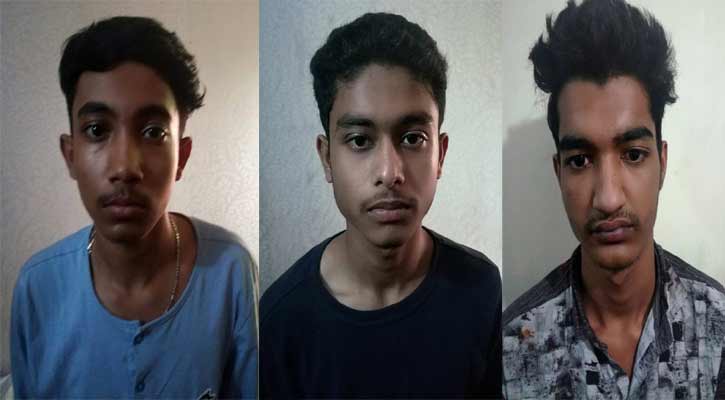 Police on Saturday arrested two SSC candidates in an allegation of opening fire on a policeman at a police check post in Sholashahar in Chittagong, reports UNB.

The arrestees are Rakib and Prottoy, this year's SSC candidates. Another youth of 19-year of age, Abdul Hakim, was held from the spot earlier.

According to the statement of the arrestees, five teenagers aged between 18-19 opened fire on an assistant sub-inspector Abdul Malek while the cop barred them crossing the check post, said Mahiuddin Mahmud, officer-in-charge of Pachshail police station.

Leaving their motorcycle on the spot, the accused fled the scene soon after the shooting on the cop, the OC added.

The ASI sustained bullet on his leg and was undergoing treatment at Chittagong Medical College Hospital.

Pachlaish Police Station SI Nurul Islam filed a case against 10 suspects over the attack. Three have been arrested in connection with the case.