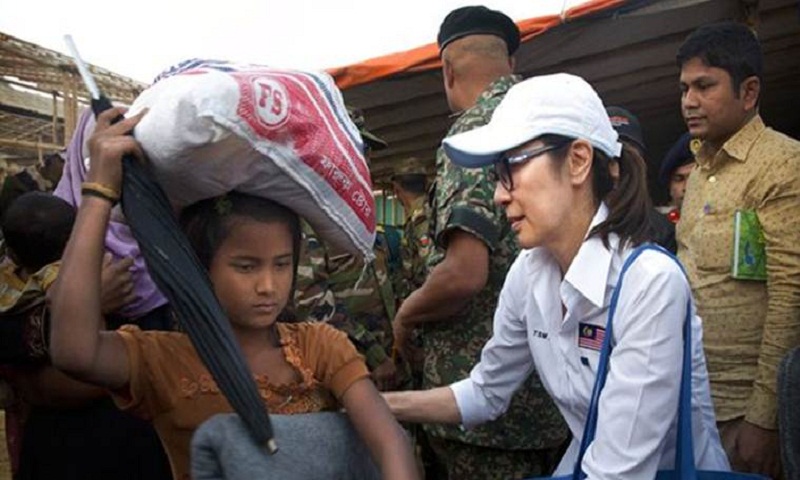 Hollywood star Michelle Yeoh said she’s appalled by the plight of the hundreds of thousands of Rohingya Muslims who have fled violence in Myanmar into Bangladesh. Yeoh, a goodwill ambassador for the UN Development Program, visited sprawling refugee camps in Bangladesh’s Cox’s Bazar on Saturday as part of a Malaysian delegation led by the Southeast Asian nation’s military chief.

The team visited a hospital set up by Malaysia and distributed relief goods in another camp. Yeoh says the situation the Rohingya are going through is “despicable” and “very tragic.”

Nearly 700,000 Rohingya have fled Myanmar since August in what the UN has described as ethnic cleansing. Yeoh was most recently seen in sci-fi TV series “Star Trek: Discovery.” She also played Myanmar’s leader Aung San Suu Kyi in “The Lady.”