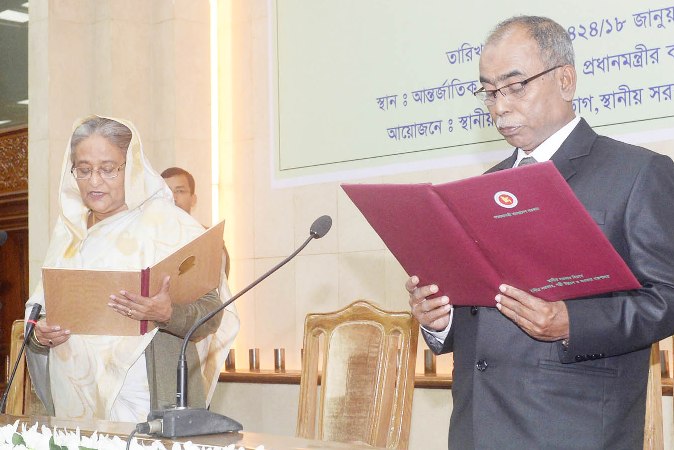 Prime Minister Sheikh Hasina administered the oath at a ceremony held at her office on Thursday.

Later, the newly elected 33 councillors of general wards as well as 11 female councillors of the reserved seats of Rangpur City Corporation were also sworn-in at the same venue.

Speaking on the occasion, the Prime Minister urged the newly elected Mayor and councillors to render desired services to people of their locality.

Hasina said her government not only established Rangpur City Corporation but also declared Rangpur as a division and has been implementing various programmes to ensure overall development of the region.

She mentioned that Monga had been in the northern region in the past as the misery of people which her government has been able to remove.

The Prime Minister said once the poor people had to go to relief centres and that will never be seen in the future.