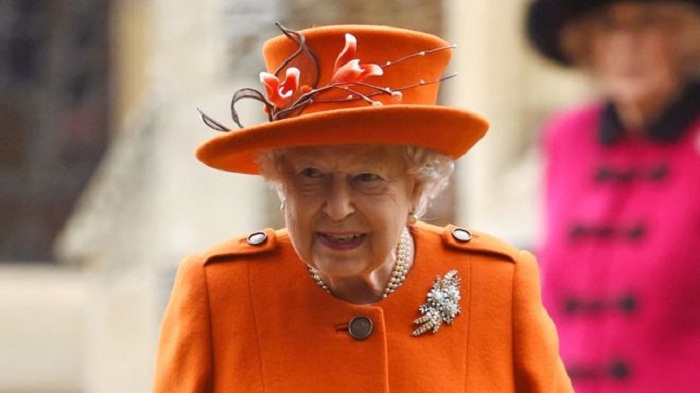 A company which supplied lingerie to the Queen has lost its royal warrant over a book which revealed details of royal bra fittings.

Rigby & Peller, a luxury underwear firm founded in London, had held the royal warrant since 1960.

It was withdrawn after June Kenton, who fitted bras for the Queen, released a book called 'Storm in a D-Cup'.

Kenton said there was "nothing" in the book to "be upset about", adding that it was an "unbelievable" decision.

Buckingham Palace said it did not "comment on individual companies".

A statement from Rigby & Peller said it was "deeply saddened" by the decision, adding it was "not able to elaborate further on the cancellation out of respect for her Majesty the Queen and the Royal Warrant Holders Association".

Kenton, from Bushey in Hertfordshire, had bought Rigby & Peller with her husband in 1982 for £20,000 before selling a majority stake in 2011 for £8m - although she remains on the board.

As official "corsetiere" to the Queen, Kenton regularly visited Buckingham Palace and served members of the Royal Family, including the Queen Mother and Princess Margaret.

The 82-year-old's autobiography was published in March 2017 and gave details about her royal visits.

She said she was told by the Palace six months ago that they "didn't like the book" and she shouldn't have the royal warrant any more.

"I'm very sad Buckingham Palace took exception to the story - it's a kind and gentle story about what went on in my life," she said.

"I only ever said I went there, not what happened. I have never, ever spoken about what I do there with her, or the Queen Mother or Princess Margaret."

"I think it's unbelievable. It's just upsetting at the end of my life, but what can I do. I can't fight with Buckingham Palace and I wouldn't want to, but it's hard.

Kenton, who started working for the Queen in the early 1980s, has been in the lingerie industry for more than 60 years.

She went on: "I've been honourable throughout my life - it's unbelievable they don't like the book, there's nothing in it that they could remotely be upset about.

"It's a sweet story of a corsetiere.

"I probably should have submitted it to them but I didn't think anything would be required."

The Royal Warrant Holders Association are yet to respond to the BBC.

What is a royal warrant?

For centuries, royal warrants have been issued to trades people and companies who regularly supply goods or services to the monarchy.

The royal warrant is granted to a named individual and gives them permission and responsibility for the display of the relevant Royal Arms in connection with the business.

They are not granted for professional services, such as to bankers or solicitors, or to publications such as newspapers and magazines.

How do you get one?

The Monarch decides who is able to grant a royal warrant.

Currently there are three people, known as the grantors, who may award them - the Queen, the Duke of Edinburgh, and the Prince of Wales.

Companies can apply to the Royal Warrant Holders Association after they have supplied the royal household with goods or services for at least five years out of seven.

There are currently about 800 holders representing a cross-section of trade and industry.

The warrants come up for review every five years and their renewal generally depends on how much the shop is being used by the Royal Family.

Who else has lost a royal warrant?

Department store Harrods had its royal warrant withdrawn from the Duke of Edinburgh in 2000.

The reason given by a Palace spokesman was a "significant decline in the trading relationship" between the Duke and the store.

But the BBC understood that Prince Philip was angered by allegations made by owner Mohamed al Fayed accusing the Duke of masterminding the 1997 car crash in Paris that killed Diana, Princess of Wales and his son Dodi.

The royal endorsement can also be removed if a brand stops being used by the Palace, such as Carr's Table Water biscuits, which lost its warrant in 2012 because of "lower demand".

It can also be lost over a company's reputation - Hoover's was revoked in 2004 following an unflattering BBC documentary about the vacuum company.