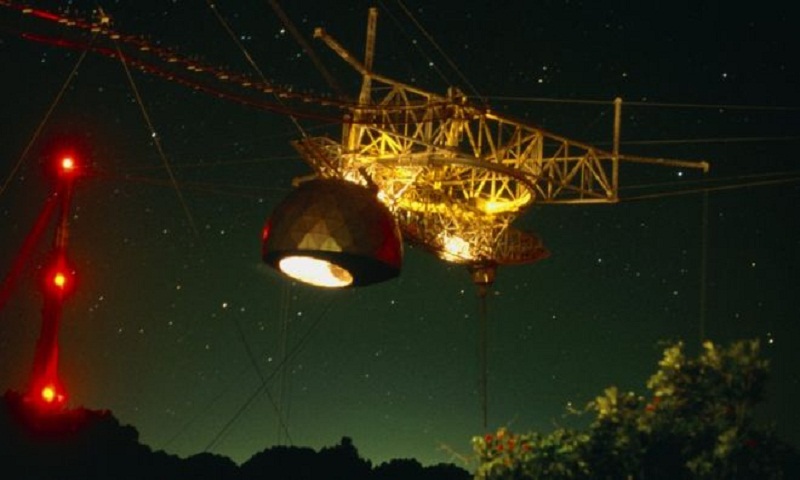 Astronomers have fresh insight on a mysterious source of recurring radio pulses from space.

Fast radio bursts (FRB) are one of the most persistent puzzles in astronomy. While usually short-lived, one source in the sky was sending out repeated flashes.

Now, a team says the strange emission could be caused by a dead star with an exceptionally powerful magnetic field.

The first FRB was discovered in 2007, in archived data from the Parkes Radio Telescope in Australia. Astronomers were searching for new examples of magnetised neutron stars called pulsars, but found a new phenomenon - a radio burst from 2001.

Since then, 18 FRBs - also referred to as "flashes" or "sizzles" - have been found in total.

The mystery surrounding their nature has spawned a variety of different possible explanations, from black holes to extra-terrestrial intelligence.

Only one of these sources of radio energy has erupted more than once - a so-called burster catalogued as FRB 121102. This FRB has sent out around 150 flashes since its discovery in 2012.

Now, in the journal Nature, a team of scientists explains how the emission might come from a neutron star, perhaps one near a black hole or one embedded in a nebula.

"The only sources in the Milky Way that are twisted as much as FRB121102 are in the galactic centre, which is a dynamic region near a massive black hole. Maybe FRB121102 is in a similar environment in its host galaxy," said Daniele Michilli, a co-author from the University of Amsterdam.

"However, the twisting of the radio bursts could also be explained if the source is located in a powerful nebula or supernova remnant," he added, reports BBC.