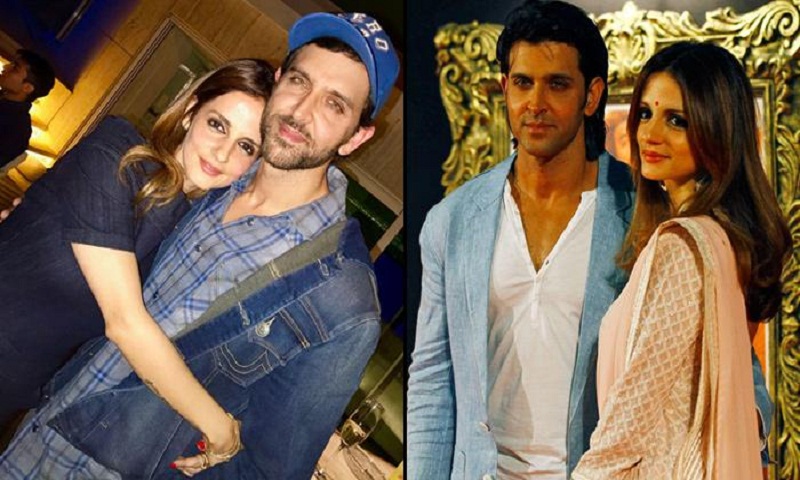 On his 44th birthday, Sussanne Khan has an adorable wish for ex-husband Hrithik Roshan. She took to social media to post an endearing selfie and wished 'the sunshine' of her life a 'Happy happiest birthday'.

"Forever and always you stay the sunshine in my life.. Happy happiest birthday smile that smile brightest and u always will spread that light...limitless #sacredheart, (sic)" Sussanne wrote.

Hrithik and Sussanne married in 2000 and were officially divorced in 2014. However, they have been spotted together regularly, especially while spending time with their two sons, Hridaan and Hrehaan.

Not just Sussanne, fans of the 'Kaabil' star have also been pouring out their love for the superstar with hashtag 'HappyBirthdayHrithikRoshan', which is trending high on Twitter.

Also known as Bollywood's 'Greek God', Hrithik made his dream debut on the silver screen with 'Kaho Naa... Pyaar Hai' in 2000 and since then has wooed fans and audiences with his stellar performances and dancing ability.

The film featured Hrithik in a double role and became the highest grossing film in India for year 2000.

Hrithik's performance earned him the Filmfare Best Male Debut Award as well as the Best Actor Awards and the film received the Best Movie Award.

In a career spanning 18 years, he has succeeded in creating a niche for himself with notable performances in `Mission Kashmir, 'Lakshya', 'Krrish', 'Jodhaa Akbar', 'Dhoom 2', 'Zindagi Na Milegi Dobara' and 'Kaabil'.