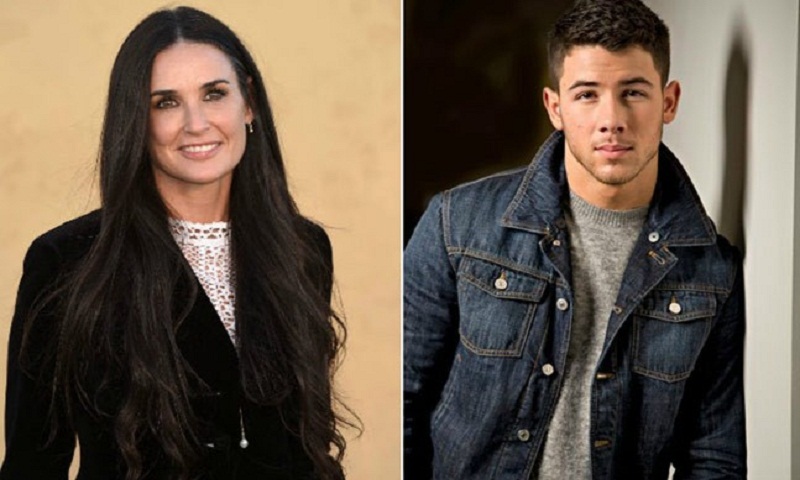 Looking at Demi Moore's age-defying beauty, you would never guess that she is 55. The Ghost actress has gained the reputation of being a 'serial cougar' in Hollywood, thanks to frequently dating men who are much younger than her.

If a RadarOnline.com is to be believed, Demi is currently "hooking up" with the dishy actor-singer Nick Jonas. Nick, 25, is 30 years younger than Demi.

Incidentally, it was Demi's 29-year-old daughter, Rumer Willis, who set them up. "Rumer knows Demi is attracted to younger guys, and she figured that since Nick is single and has experience with older women, he'd be up for a love connection," a source revealed, adding, "They hit it off - and now Demi and Nick are hooking up."

Apparently, they are using a friend's pad in Los Angeles for their clandestine meetings, since Demi wants to keep their affair hush-hush for now. "Demi doesn't want any more public humiliations after getting dumped by Ashton (Kutcher, her ex-husband)," an insider explained.

Nick has dated older women in the past, including Kate Hudson, 38. A source told the website, "Nick is Demi's youngest man yet, but he's one of the most mature guys she's ever been with."