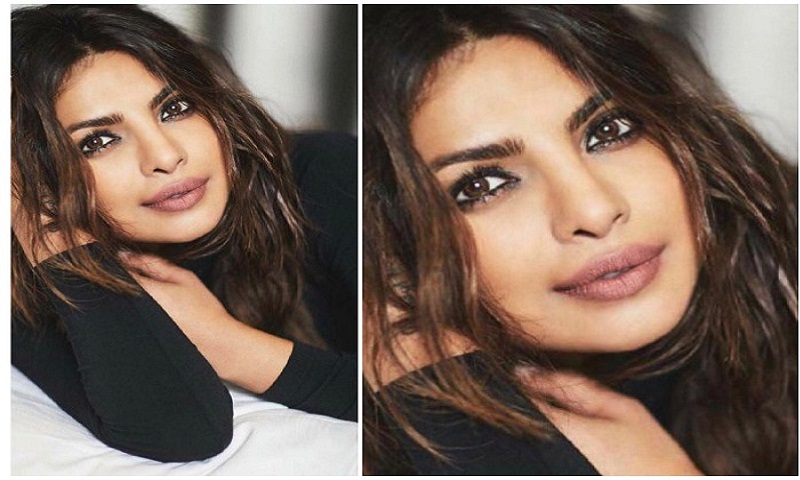 Even if actress Priyanka Chopra was not at the 75th Golden Globe Awards, it didn’t stop her from lending support to the Time’s Up campaign by sporting an all-black ensemble.

The actress took to Instagram to shared a photograph of herself in an all-black ensemble — much like what was flaunted by Hollywood’s Who’s Who at the awards gala on Sunday in Los Angeles.

The Golden Globe Awards event saw most celebrities in black ensembles, signifying a silent protest against the spate of sexual harassment scandals that have rocked Hollywood. Putting out the message louder were black-and-white ‘Time’s Up’ pins.

The color black was chosen as a way for the movie and TV industry to make a statement against a pervasive culture of misconduct.

The Time’s Up campaign is a coalition of 300 Hollywood women-actors, directors, producers, writers, agents and entertainment executives who have also established a $13 million legal defense fund to provide support for women and men who have experienced sexual harassment or abuse in the workplace, reports Ians.