Disaster mayhem doubled in 2017: Munich Re 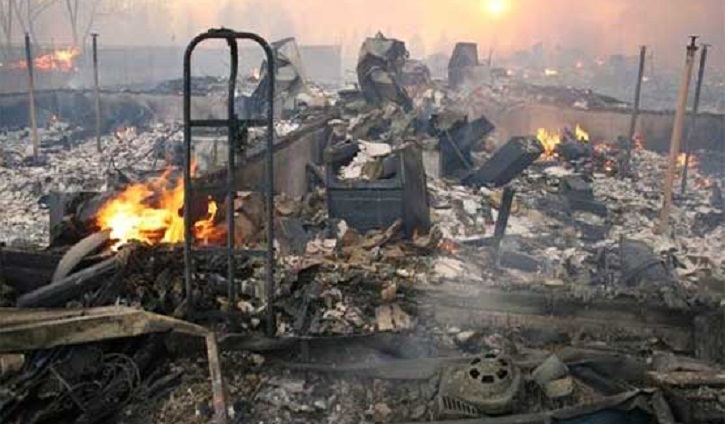 The year saw the worst hurricane season on record and major monsoon flooding, the company said, warning that as climate change intensifies it expects "extreme weather to occur more often in the future".

Losses in 2017 amounted to some $330 billion for all types of natural disaster globally, the financial firm said, close to double the $175 billion in mayhem inflicted the previous year.

The financial losses figure was the second-highest on record after 2011, and almost twice its 10-year average of $170 billion.

But casualty figures did not rise in step with property damage, as around 10,000 people lost their lives -- around 30 percent more than the previous year's toll.

That was a fraction of the 10-year average of 60,000 killed annually in catastrophes.

Some 2,700 people died in severe monsoons in South Asia, with Nepal and Himalayan regions of India among the worst affected.

Meanwhile, some 50 percent of the global financial pain fell on the United States, with regions like Texas and Puerto Rico pummelled by hurricanes Harvey, Irma and Maria, and wildfires raging in California.

When taking into account the cash toll exacted from the rest of North America -- including Mexico, where devastating earthquakes claimed 369 lives -- the continent suffered 83 percent of worldwide financial losses.

Munich Re labelled 2017 as "the costliest hurricane season on record", with some $215 billion of damage from a series of storms.

The havoc was "a foretaste of what is to come," said board member Torsten Jeworrek.

"Even though individual events cannot be directly traced to climate change, our experts expect such extreme weather to occur more often in the future."

The insurers also pointed to a weak harvest in Europe, where farmers lost up to 50 percent of their crops after an April frost damaged plants that had flourished in a warm spring, as a hint of the risks as climate change progresses.

Only 41 percent of the losses recorded in 2017 were insured, Munich Re said, suggesting that low levels of coverage in South Asia in particular "contributed to the humanitarian catastrophe" of the monsoon.