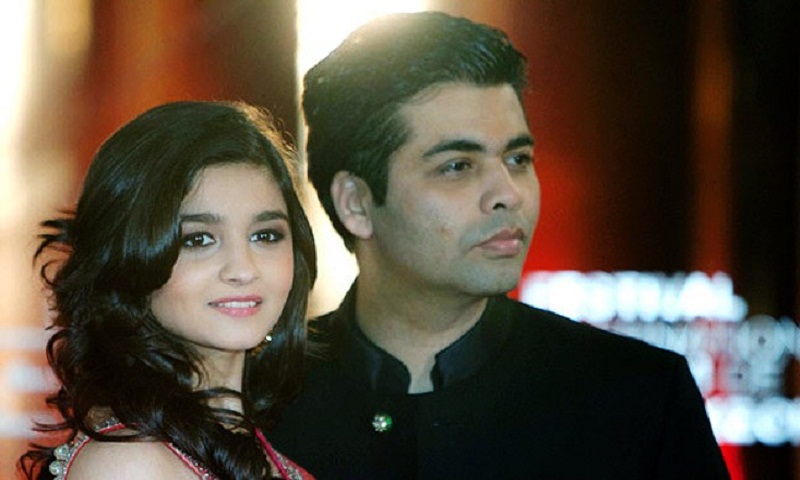 Karan Johar has made many a Bollywood star squirm with 'Rapid Fire' questions on his chat show, but this time, the roles were reversed. Karan, who is making his foray into radio, decided to be on the receiving end of the questions this time. Mumbai Mirror reports that the Ae Dil Hai Mushkil recorded a 'reverse rapid fire', with callers posing their own questions to him.

Karan was at his candid best, and admitted to being guilty when a caller asked if he thought asking an actor or actress to lose weight for a film counted as body-shaming. Recounting an experience involving Alia Bhatt, who entered Bollywood with his film, Student Of The Year, he said, "I asked Alia to lose weight and now, when I see her hysterical about how she looks, I feel responsible," he said.

Karan said that before she made her debut, Alia was "pleasantly plump" but he asked her to get in shape to look convincing as a mainstream actress, and now, she is fixated with her weight. "She's in the gym every day and even if she puts on an extra kilo, she goes crazy. I think I am to blame for it. Now that I am a parent, I would never do this to Roohi and I would like to apologise to Alia," he said.

Incidentally, Karan has gone on record to say that he struggled with his own weight and even suffered from low self-esteem due to feeling "physically undesirable".