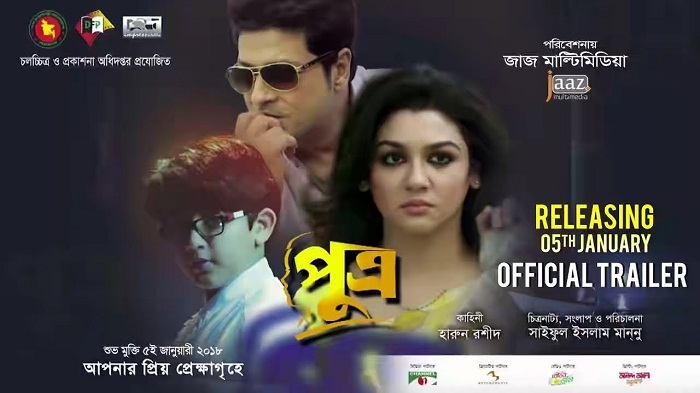 The film 'Putra' (the son) focusing on autism was released on Friday in 106 cinema halls across the country.

Department of Film and Publication (DFP) under the Information Ministry produced the film with Jazz Multimedia presenting it taking technical support from Impress Telefilm Ltd.

Putra, a Bangla film about autism premiered on November 22 of 2017, hit the cinema halls in Bangladesh.

Highlighting social stigma of autism, the movie features a story of a boy with autism, abandoned by his father who refuses to accept him and blames his mother for having him, subsequently adopted by a mother who discovers his talent.

The authorities concerned, on January 3 this year, announced that the earning from this movie will be spent to develop the autistic people.

The movie was produced as part of the Children and Women Development Activities (4th Phase) under the supervision of the Channel I while it got the censorship to screen in 2016.

Director General of DFP Haroon Rashid wrote the story and script of the two-hour length film while Saiful Islam Mannu directed the film.