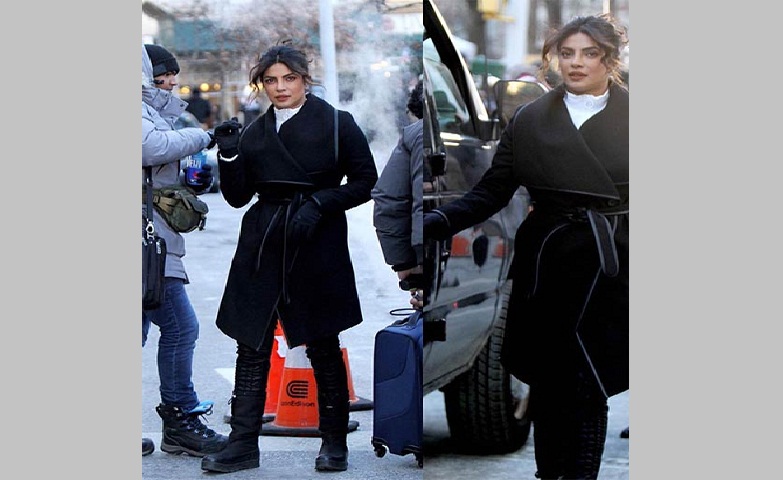 Priyanka Chopra has flagged off another year of hectic filming schedules by heading back to the sets of her hit American TV show 'Quantico'. Braving the frigid New York weather the actress was spotted shooting her scenes on the busy city streets.

Dressed in heavy winter wear, mittens and earmuffs Priyanka was photographed sipping on a hot beverage as she waited for the cameras to start rolling. She also obliged a few fans with photos and selfies before the show got on the road.

Priyanka enjoyed a good two weeks off the film sets as she headed home for the holiday season. Apart from celebrating Christmas and New Year’s with her family and friends, the star also attended various events around the country and tended to her other work commitments.

Besides 'Quantico', Priyanka will be seen in two Hollywood films, ‘A Kid Like Jake’ and ‘Isn’t It Romantic’.