Exes Shahid and Kareena shared a laugh at award show 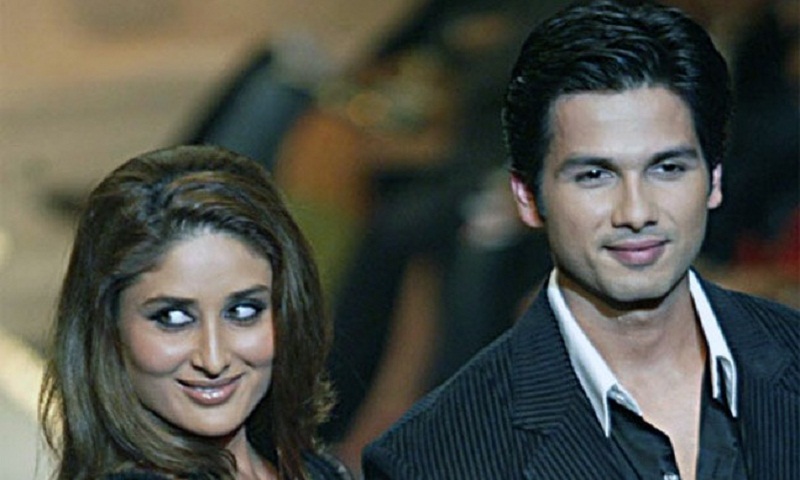 Once upon a time, Shahid Kapoor and Kareena Kapoor were the favourite lovebirds of Tinsel Town. However, things grew sour, and the two broke up in 2007.

Shahid and Kareena were not on talking terms, and recently, there were reports that the two had an awkward encounter at an award show. Well, turns out this isn't true. New reports suggest that Shahid and Kareena exchanged pleasantries, and even had a hearty laugh.

According to Bombay Times, the actors had a pleasant interaction at an enclosure, meant for a special photo-shoot after the ceremony.

An eyewitness said that Shahid entered the room when Kareena  was doing a set of solo pictures with a celebrity photographer.  Shahid not only greeted her, but also said made some comments about her dress in a joking manner.

The two were extremely comfortable in each other's presence, and Shahid even suggested an improvisation that could enhance the display of her floor-length dress.

Shahid and Kareena dated for quite a while, till they broke up in 2007, during the shooting of Jab We Met. In fact, their co-star, Tarun Raj Arora, actually said that he could feel the awkwardness between the two on sets. However, the two never let it interfere in their professional life.

On the work front, Shahid is awaiting the release of his controversial Padmavat, and Kareena Kapoor is busy with Veere Di Wedding.