CNTA also hosted a conference dinner at Hotel Amari, Dhaka on 30th December on the same theme. Chen Wei, Acting Ambassador and Sun Yan, Cultural Counselor of the Chinese Embassy in Dhaka was present at the occasion.

Tian Xin presented on scopes of tourism exchange between China and Bangladesh and discussed highlights of Chinese touristic destinations.

Akhtaruz Zaman Khan Kabir, Chairman of Bangladesh Parjatan Corporation also spoke at the event where he reviewed on Bangladesh tourism and its developments.

He further emphasised on more Chinese tourists to visit Bangladesh to strengthen the bi-cultural relationship between the two countries.

Irving Aviation Ltd. one of the leading travel organisations in Bangladesh, organised the event as the logistic partner for CNTA.

The company efforts to contribute to the development of China-Bangladesh friendship through tourism and business exchange between the countries. HBM Lutfur Rahman, Chairman of Irving Group was present at the event.

2017 is the third consecutive year celebrating ‘Year of Silk Road Tourism’. The Silk Road is the world’s oldest, and most historically important overland trade route. The name evokes images of caravans wading through desert sand, and smells of exotic spices, and continues to fascinate travelers.

Out of 50 UNESCO sites in China, 33 sites are along the route. CNTA looks forward to highlighting more destinations to complement the enhanced overland and maritime economic corridors of today’s Silk Road.

As an important part of global tourism, China's tourism has realised leap forward development and is becoming the strategic mainstay industry of the national economy.

China has become the third-largest international destination and the top tourist source country with the globally largest domestic tourism market.

CNTO operates in different countries for promoting China tourism and enhancing bi-national tourism exchange and cooperation. In Bangladesh, this is the second endeavor of CNTO to educate both the general public and the travel industry about Silk Road Tourism. 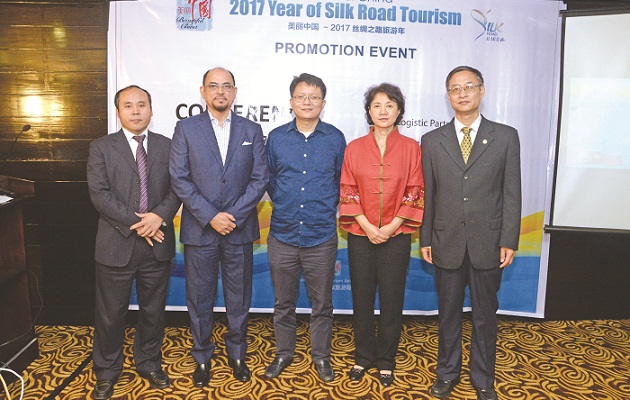