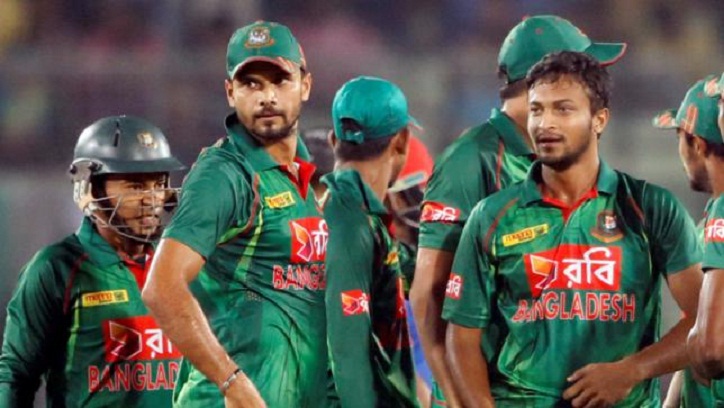 The Bangladesh national cricket team has passed a mixed year in international cricket as except the series of New Zealand in the beginning and South Africa in the end of this year Tigers had good remaining time of 2017.

The Tigers played nine Tests in 2017 with two wins and seven defeats. The two Test win is considered a remarkable achievement for the Tigers in Test.

In March Bangladesh won their historic hundred Test victory beating Sri Lanka by four wickets in Colombo. Not only that the Mushfiq and Co. inscribed another history as they stunned mighty Australia by 20 runs in Test in their home soil in August which is undoubtedly a milestone in the history of Bangladesh Cricket.

The Bangladesh national cricket team had another achievement as they went to India for the first time to play a lone Test after getting their Test status. Bangladesh suffered 208 runs to India in this Test.

Bangladesh had also some achievement in ODI as they started the year with a 90-run victory over Sri Lanka in Dambulla though had failed to carry out this consistency in the whole year. Tigers won four matches out of fourteen ODIs. Among these three matches were abandoned.

The Tigers achieved big success in this year Champions Trophy as they qualified in the semi-final stage after leaving behind big guns like New Zealand and Australia.

Undoubtedly, it was a one of the remarkable achievements for the Tigers this year. Prior to the Champions Trophy Bangladesh also won two ODIs in tri-national series in Irelands.

Bangladesh notched their first victory against Ireland beating them by eight wickets and beat New Zealand by five wickets in the last match of that series. Those wins helped to boost up Tigers' performance in Champions Trophy.

Bangladesh produced frustrating results in their tough tour in South Africa in the end of this year. They completely failed to show their performance as they whitewashed to South Africa in all three formats.

In T20I format, Bangladesh won only one out of seven matches. The beat Sri Lanka by six wickets held in April. After the match Mashrafe Bin Mortaza announced his retirement from T20i format which is another much-talked event in this year Bangladesh's cricket.

After that Tigers' head coach Chandika Hathurusingha stepped down from his post of the national team. He is now coach of Sri Lanka national team.

Tigers could have achieved more successes but unfortunately did not play any single ODI in their home soil this year.

When The Bangladesh ODI skipper Mashrafe Bin Mortza was asked how they pass this year he replied they had passed a mixed year in 2017.

Test victories against Sri Lanka and Australia and qualification in the spot of semi-final in the champions Trophy undoubtedly a remarkable successes in the history of Bangladesh cricket this year. If it was compared good and bad of Tigers, these successes covered up the remaining failures of the team.