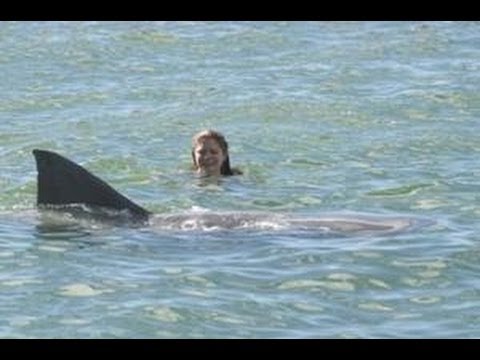 A woman died after a shark attack in Hawaii, prompting beach closures in nearby areas in Maui, authorities said.
Snorkelers pulled the 65-year-old woman from the water Wednesday morning after they found her unresponsive and lying face down about 200 yards offshore, the Maui Fire Department said in a news release.
Firefighters responded to a call shortly after and tried lifesaving efforts. The incident occurred at a popular surf spot near Big Beach at Makena State Park.
"The victim reportedly was snorkeling with two other friends and at some point separated from the others," the Fire Department said. "She was alone when she was found."
Injuries on her upper torso suggested she was attacked by a shark, but there are no reported witnesses, it said.
Ocean safety crews have cleared and closed the waters from Big Beach to La Perouse Bay in south Maui.
Fatalities from shark attacks are rare; this is the first death reported in Hawaii this year, according to the Hawaii Department of Land and Natural Resources.
Last year, the United States had 52 shark attacks compared with 47 in 2013, according to the Florida Museum of Natural History.
There were no fatalities reported in the United States last year while there were three worldwide.
Hawaii shark attack victim: 'It didn't like what it tasted'