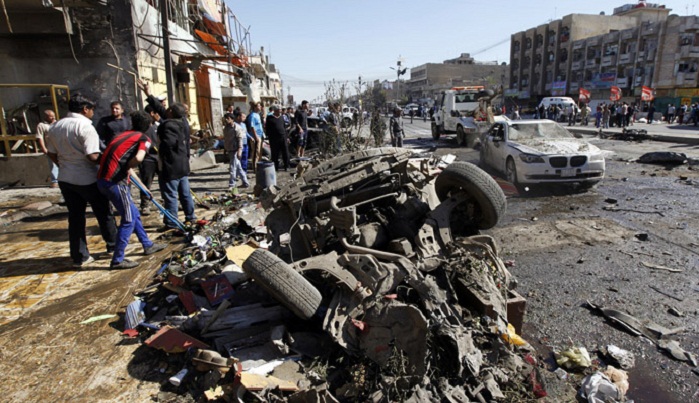 BAGHDAD: Five car bombs exploded across Baghdad on Thursday evening, killing at least 17 people, in attacks that have become more frequent in the Iraqi capital since a decade-old night time curfew was lifted earlier this year.
The deadliest of the blasts, which appeared to be coordinated, took place in the Iskan neighbourhood, where five people were killed, police and medical sources said.
Iraqi authorities lifted the curfew on Baghdad in February, seeking to restore a sense of normality to the city as security forces battle Islamic State militants who overran large sections in the north and west of the country last summer.
But militants may be exploiting greater freedom of movement to carry out more attacks in the capital. Thursday was the third day of bombings in Baghdad this week.
Another of the car bombs on Thursday exploded near a children's hospital in Jamila, killing three civilians.
Four people were killed by a bomb in a commercial street in al-Hurriya, three more in the Talbiya district and two in the Ur neighbourhood.