At least 25 IS militants killed in Syria factory blust 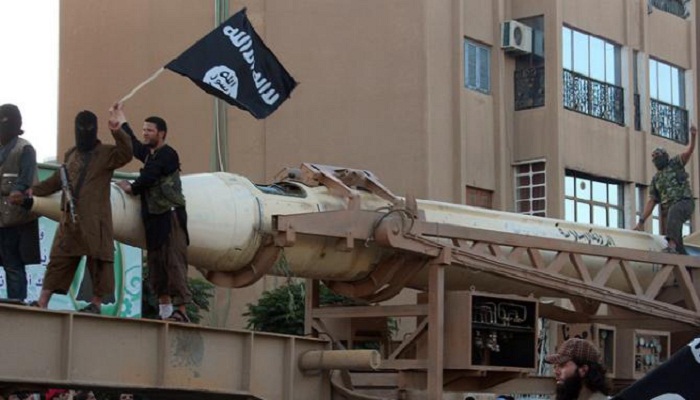 Twenty-five fighters from the Islamic State group were killed when a powerful blast rocked an explosives manufacturing plant in Syria's eastern Deir Ezzor province, the Syrian Observatory for Human Rights monitor said Wednesday.
It was not immediately clear whether the explosion was accidental or the result of a missile strike, the Britain-based Observatory said.
"A strong explosion took place this evening in an IS explosives factory in the town of Al-Mayadeen in the province of Deir Ezzor," the monitoring group said.
"Several other explosions followed, shaking the whole town. Twenty-five IS fighters were killed, around 20 others were injured," it added.
The Islamic State group, which imposes a harsh interpretation of Islamic law, controls most of the oil province of Deir Ezzor, which borders Iraq. But government forces still hold parts of the provincial capital and small pockets of areas of less strategic significance.