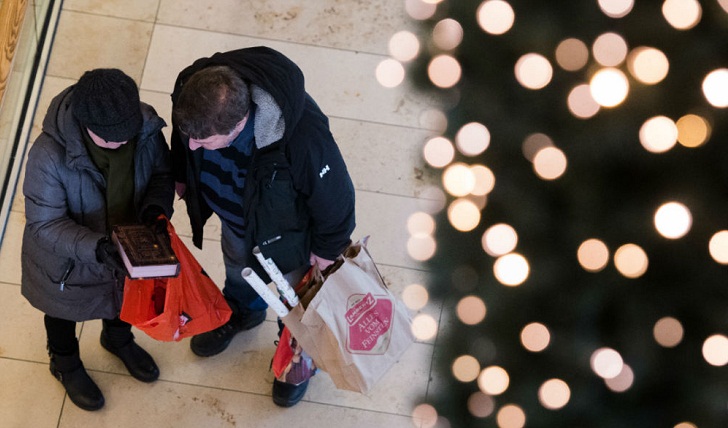 Market research firm GfK said its forward-looking poll of around 2,000 people climbed by 0.1 points to reach 10.8 for January, in line with analyst expectations.

"Consumers are ending 2017 in high spirits," GfK said in a statement, with strong confidence in the economy promising "excellent" prospects for 2018.

The survey found that Germans expected their income to rise in the near future, bouncing back from the more pessimistic outlook seen in previous months.

Their willingness to make large purchases meanwhile dipped slightly below December's level but remains "in great shape", according to GfK, thanks to record-high employment and low interest rates.

The pollster noted that respondents were especially upbeat about the future state of the German economy, with growth expectations hitting a three-and-a-half-year high.

"Consumers are convinced that the strong upswing will continue into the new year," GfK said.

The cheerful mood comes despite a political deadlock in Europe's powerhouse following an inconclusive September election.

Chancellor Angela Merkel is still trying to form a new government after efforts to forge a so-called "Jamaica" coalition with two smaller parties collapsed in November.

The German economy has been firing on all cylinders in recent months, powered by strong domestic and foreign demand.

The government recently upgraded its 2017 growth forecast from 1.5 to 2.0 percent, while the Bundesbank is predicting an expansion of 2.6 percent.

The GfK predicted that domestic consumption will continue to be a key growth driver, but said risks were lurking from abroad.

A separate survey by the Ifo economic institute this week found that German business morale dipped slightly in December on the political uncertainty at home, while staying at an "excellent" level.