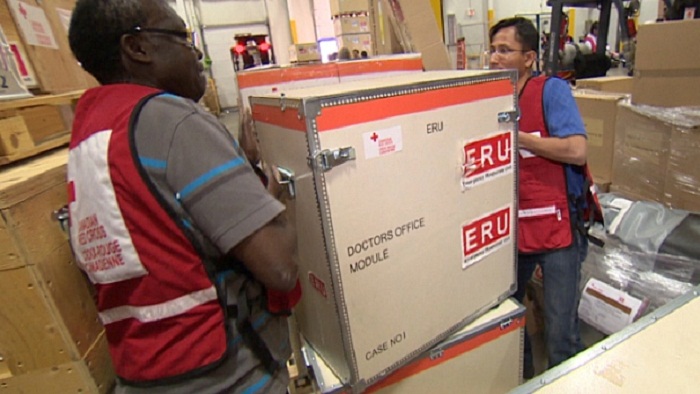 Aid has begun to reach remote regions near the epicentre of Saturday's devastating earthquake in Nepal.
As relief efforts continue in the Kathmandu Valley, the UN says the response is broadening to include hard hit areas such as Dhading and Gorkha.
The 7.8-magnitude quake killed more than 5,000 people. Many survivors are in desperate need of food and water.
Thousands of people are queuing to board buses and leave the capital, amid fears of further aftershocks.
"We are scared of the epidemics that may spread because of all those dead bodies," a man waiting at Kathmandu's main bus station told the BBC. "Just to be safe, I'm leaving town for a while."
Early on Wednesday police at the station scuffled with people trying to get on to crowded buses.