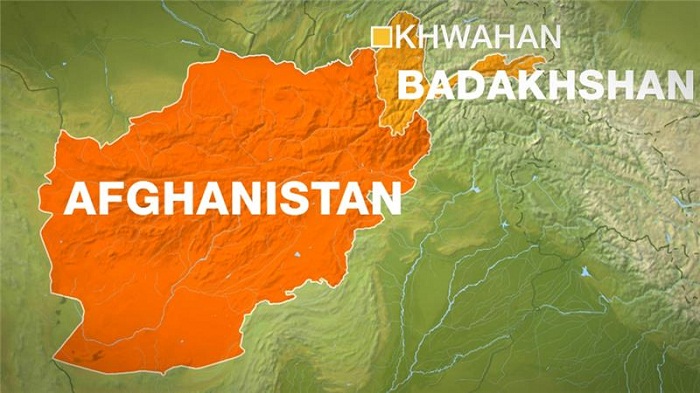 At least 52 people are missing, feared dead, after a landslide swept through a village in Afghanistan's remote mountainous northeast, officials have said.
Lal Mohammad Ahmadzai, the police spokesman of Badakhshan province, confirmed the toll from Tuesday's landslide.
"Initial information shows 100 houses have been destroyed in the landslide and 52 people are missing," Ahmadzai told the AFP news agency.
Shah Waliullah Adeeb, the governor of Badakhshan province where the stricken district of Khawahan is located, said the area is cut off from the rest of the country, covered in snow and is only accessible from the air, significantly hampering any rescue efforts.
"We have asked Kabul for help and they have said they are sending two helicopters to assist with the rescue operations," deputy provincial governor Gul Mohammad Beidar said, referring to the Afghan capital.
"This is a remote area on the border with Tajikistan and the road to this district remains closed for six months of the year," he added, highlighting the challenges facing the relief effort.
One village affected
The deputy head of Afghanistan's National Disaster Management Authority, Mohammad Islam Sayas, said initial reports suggest the landslide struck only one village but it was likely to have been completely wiped out.
"Our emergency team is trying to get to the scene, and have requested the Defense Ministry to provide us with choppers as that is the only way to get there," Sayas said.
Badakhshan is in the Hindu Kush and Pamir mountain ranges. Unchecked environmental degradation and deforestation across large parts of Afghanistan contribute to a growing problem of landslides when winter snows melt and seasonal rains begin.
Flooding and landslides often occur during the spring rainy season in northern Afghanistan, with flimsy mud houses offering little protection against rising water levels and torrents of mud.
In May last year, a landslide triggered by heavy rains buried a village in a remote area of Badakhshan, killing at least 300 people.
And in February, almost 200 people died in an avalanche in the Panjshir Valley, not far from the capital, Kabul.
Heavy winter snowfall made it difficult for relief workers to reach many villagers who were stranded on their rooftops for days without food or water.