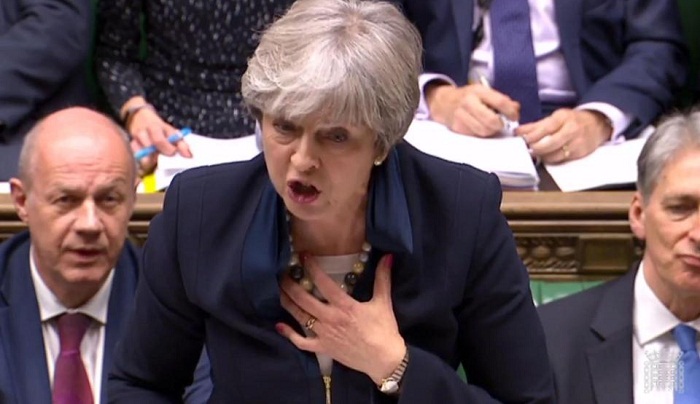 The government has been narrowly defeated in a key vote on its Brexit bill after a rebellion by Tory MPs.

In a blow to Prime Minister Theresa May, MPs voted to give Parliament a legal guarantee of a vote on the final Brexit deal struck with Brussels.

The government had argued this would jeopardise its chances of delivering a smooth Brexit.

The amendment to the EU Withdrawal Bill tabled by ex-Attorney General Dominic Grieve was backed by 309 to 305.

The government's first Commons defeat on its Brexit strategy came after opposition parties joined forces with Conservative rebels during a heated debate in the Chamber.

Critics accused those behind the amendment - which was championed by pro-Remain campaigners - of trying to "frustrate" Brexit and tying the government's hands.

But it was backed by the Commons, meaning a new Act of Parliament will have to be passed before ministers can implement the withdrawal deal struck with Brussels.