Karan Johar to soon announce next with Sonakshi Sinha 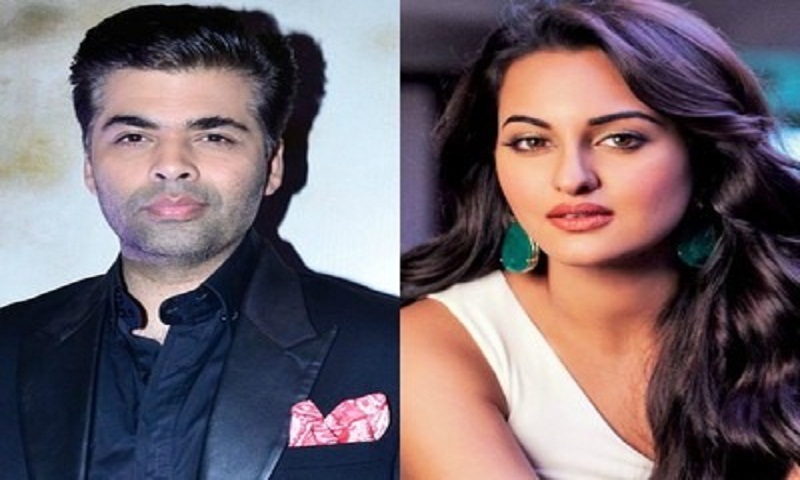 Filmmaker Karan Johar said he will announce a new film with actress Sonakshi Sinha within the next two weeks.

Their last collaboration was 'Ittefaq', directed by Abhay Chopra and produced by his production house.

"I am very happy that I worked with Sonakshi and it wasn't any kind of 'Ittefaq' and that film did well that also wasn't an 'Ittefaq'. So now, we are doing another film together and the name and details about the film will be announced within two weeks," Karan said in a statement.

The filmmaker spoke to the media on the sidelines of the Reliance digital Filmfare glamour and style awards 2017 in Mumbai on Friday. Sonakshi was in attendance too with Rekha, Sridevi, Hrithik Roshan, Shahid Kapoor, Kareena Kapoor, Sonam Kapoor, Varun Dhawan, Daisy Shah and Jacqueline Fernandez, reports Ians.

Karan is also producing Ayan Mukherji's 'Brahmastra', which will be a trilogy.

"'Brahmastra' is in prep mode. Ranbir (Kapoor), Alia (Bhatt) and Mr (Amitabh) Bachchan are working in the film. The films' shoot will begin in February or March next year. Hopefully, it will release next year as well. And hopefully, after every two years, we will come up with new part of 'Brahmastra'," he said.