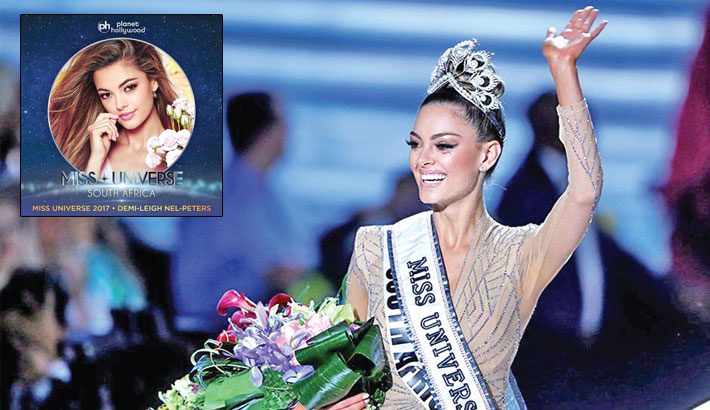 South Africa's Demi-Leigh Nel-Peters was crowned Miss Universe 2017 on Sunday, ending a nearly four-decade long drought for her country in one of the world's biggest pageants.

South Africa's Demi-Leigh Nel-Peters walked away with the Miss Universe crown on Sunday night. The beauty pageant was held in Nevada in the United States of America.

Colobia’s Laura Gonzalez was chosen as the runner-up and Davina Bennett from Jamaica was the second runner up. India's Shraddha Shashidhar lost out on the Miss Universe 2017 title, failing to make it to the top 16 at the beauty pageant.

Nel-Peters helps train women in her country in self-defense, inspired by that one time when she was held at gunpoint and robbed after winning her title as Miss South Africa.

In one of the final questions during the pageant, she also advocated for closing the gender pay gap when asked about the biggest problem women today face in the workplace.

"In some places, women get paid 75 percent of what men earn for doing the same job and working the same hours and I do not believe that that is right," she said.

The Philippines' Rachel Peters finished in the Top 10.

In 2015 he famously made a mistake heard round the world when he announced the wrong person as Miss Universe, resulting in an extremely uncomfortable, tense correction and a deluge of internet memes.

In the "Final Word" portion of the competition, Nel-Peters said "Miss Universe is a woman who has overcome many fears, and by that she is able to help many women overcome their fears."