Ecuador again tells Assange to not meddle in other countries 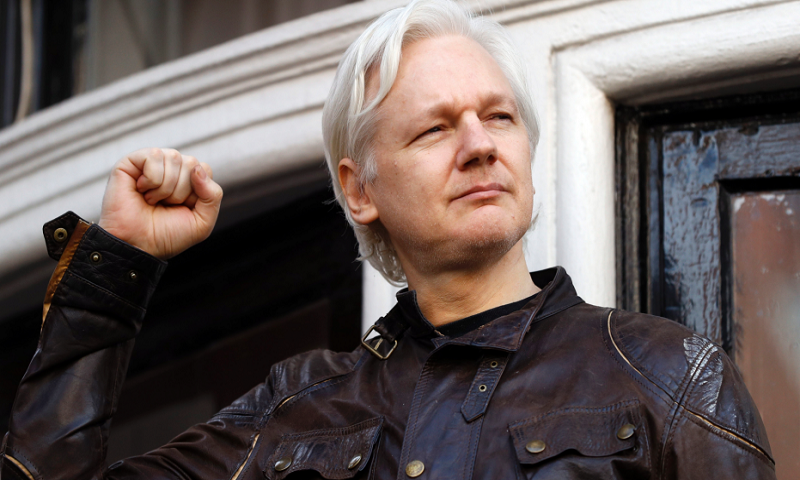 Ecuador on Wednesday again urged Julian Assange to not interfere in the affairs of other countries after Spain complained about his contacts with Catalan secessionists, though the government said the Wikileaks founder would continue enjoying political asylum in its London embassy.

President Lenin Moreno is scheduled to visit Spain in December, and his government released a statement saying Assange's comments do not reflect its own views.

Assange has an "obligation to not make declarations or carry out activities that could affect Ecuador's international relations, which should be preserved, as in the case of Spain, a country it is united with by historical and cultural ties, as well as links of mutual respect, friendship between its peoples and bilateral cooperation," the statement said.

Ecuador's message came two weeks after Spain objected to Assange's contacts with secessionist Catalan leaders from the Ecuadorean Embassy in London, where he has been holed up since 2012. The Wikileaks founder has also been active on the internet about Catalan's secession from Spain.

Assange has commented frequently on international issues, at times causing problems for Ecuador and leading his host to ask him to stop it.

The biggest crisis came in October 2016 when the embassy cut his internet service after WikiLeaks published a trove of damaging emails from then U.S. presidential candidate Hillary Clinton's campaign. Ecuador's leftist government said the move violated its traditional respect for other nations' sovereignty.

Earlier this year, Assange won his battle against extradition to Sweden, which wanted to question him about a rape allegation. He took refuge in the Ecuadorean Embassy in London to avoid arrest but has remained there despite Sweden's decision to drop the inquiry.