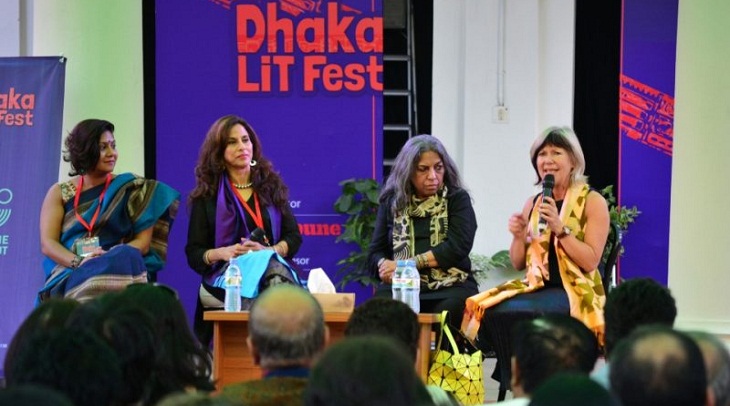 The 7th Dhaka Literary Festival (DLF) will begin on the premises of Bangla Academy in Dhaka on November 16.

One of great highlights of this year is the announcement of the winner of the DSC Prize for South Asian Literature. Besides that, the festival will launch the British literary Journal Granta and host Gemcon Literary Awards, the highest monetary value literary prize in Bangladesh.

The festival will host over 200 talents this year from 24 different countries and they will take part in the event with over 90 sessions, all of which will be free and open to all.

About 320 internationally reputed writers, poets, artists and researchers, including 70 from 30 countries and 250 from host Bangladesh, will join the DLF.

The festival will be featured with more than hundred sessions that will include seminars, discussions and view exchange meetings on literature in different languages, said the JPL director.

The organizer sources said this international literarily festival will be held in Bangladesh for the seventh time under the new name, "Dhaka Lit Fest". Previously, it was held with the name of Hay Festival, he added.

Our main objective was to project our literature, culture and tradition at international level through this literary festival, they said adding Bangladeshi writers so far have been popularized through this festival.