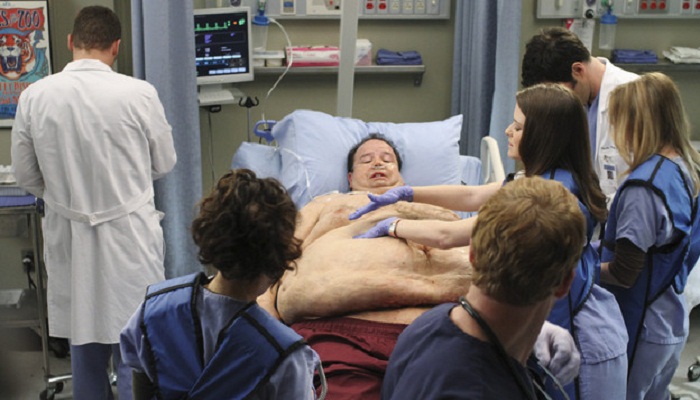 New York City firefighters used a rope-and-pulley system on Friday in an hours-long struggle to move an ill 700-pound (317.5 kg) man from his sixth-floor apartment into an ambulance, the New York affiliate of CBS TV reported.
A call for help for a man having difficulty breathing came on Friday morning from an apartment house in the Hamilton Heights section of upper Manhattan, a New York fire department spokesman told Reuters.
He was transported to St. Luke's Hospital, said the spokesman.
Amateur video shown on CBS2 showed the man, strapped to a net attached to ropes, being eased through the apartment building's stairway. It took 10 firefighters to lift him into the ambulance.
Neighbors said he was unable to walk because of leg problems and that it was the second time in recent months that firefighters worked to remove him from the apartment because of a medical problem.