India, China to hold joint military exercise in 2015, decision ahead of Modi visit 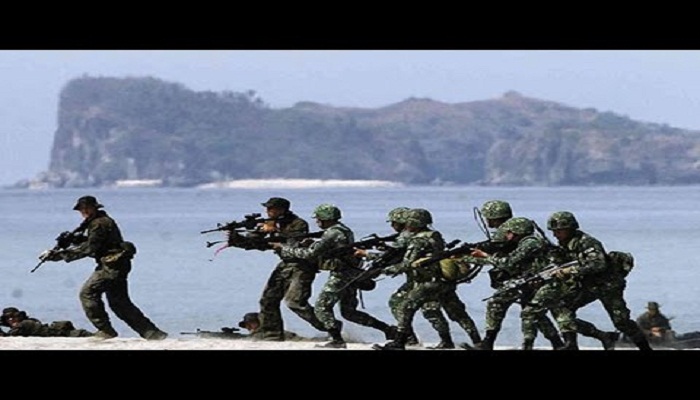 BEIJING: India and China will hold their first joint military exercise in China during this year. The decision was taken on Friday to enhance the "feel good" factor among the countries ahead of Prime Minister Narendra Modi's visit to China in mid May.
Officials from both countries who participated in the 7th annual Defense and Strategic Dialogue in Beijing, decided to open up "new avenues of engagement". The Indian side was led by defense secretary R.K.Mathur, who also called on the Chinese defense minister Chang Wanquan.
The last joint military exercise took place in India in 2014.
Both countries want to avoid any possible border disturbance that could hamper the outcome of the Modi visit, sources said. The visit of Chinese president Xi Jinping to India was affected by military incursion by Chinese troops on the Indian border at the same time in September last year.
Discussing the outcome of the defense dialogue, the Indian Embassy in Beijing said, "They agreed on the need to expand military cooperation and for identifying new avenues of engagement. The Chinese delegation at the talks was led by general staff admiral Sun Jianguo.
One of the issues discussed is opening up new points of cross-border meetings and coordination one each in Arunachal Pradesh and Himachal Pradesh, sources said.
The focus of the defense dialogue was to firm up several confidence building measures to avoid any disturbances on the border.
Leaders of the two countries consider "maintenance of peace and tranquility on the borders as an important guarantor for the development and growth of bilateral relationship between both countries," the press statement said.
Mathur, who met the Chinese defense minister along with Indian ambassadorAshok Kantha, extended an invitation on behalf of defense minister Manohar Parrikar to visit India. The Chinese minister accepted the invitation.
The two sides exchanged views on a number of regional and global security issues of mutual interest including the security situation in the Asia-Pacific region. Indian officials said they were looking forward to the proposed visit of Central Military Commission Vice Chairman Fan Changlong to India in the second half of 2015.