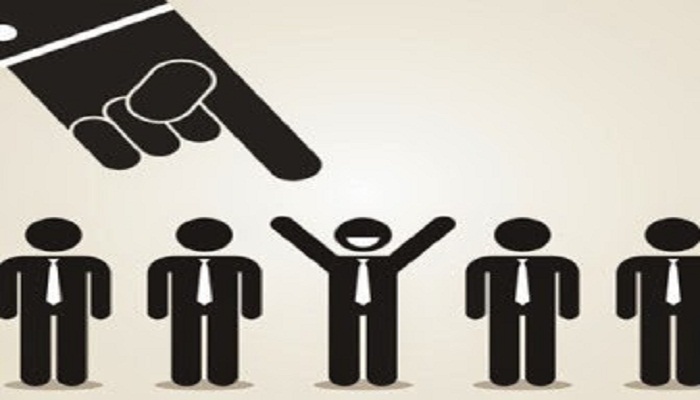 Allegations of influence peddling, favouritism, nepotism and regionalism are rife in the recruitment and promotion procedure at the state-run university regulatory body—University Grants Commission (UGC).
All such appointments and promotions in the past raised controversies as the high-ups had violated state rules and arbitrarily changed criteria of minimum prescribed qualifications for hiring and promoting their ‘beloved’ ones.
UGC made mass promotions in 2013 and 2014. It is now set to start another round to award the charmed circle of the high-ups.
Against this shady backdrop, a plethora of questions now arise that the autonomous body only recruits and promotes candidates on the amount of lobbying, personal relations and regionalism the seekers maintain.
What is astonishing is that UGC in recent years promoted some officials who were facing department cases and corruption charges and such.
Many were unable to draw salaries against their new posts as their qualifications did not tally with their promotions.
As per rules, one should have a minimum of 14 years’ experience in a first-class job to enjoy the status of a joint secretary. But there are instances that UGC promoted an official with only eight years’ experience to the said status.
Contacted, UGC Chairman Prof AK Azad Chowdhury said no recruitment rules have been changed during his tenure.
“I’m just following the rules and criteria which were set by the past UGC chairs. Actually, a committee makes such decisions. Please talk to the secretary to get details.”
Sources said top bosses also promoted the whistle-blowers who were vocal against misdeeds and corruption with an aim to tame them.
Insiders alleged that top bosses of the UGC first targets a candidate and then set favourable criteria with a target to recruit that particular person.
daily sun also collected a number of recruitment circulars and analysed them. It was found that UGC violated rules and relaxed criteria several times only to promote or appoint its chosen candidates.
At the latest, UGC published a circular on March 17 to make promotions and recruitment of 12 candidates in seven posts.
Many say UGC has relaxed recruitment criteria once again to promote the chairman’s personal secretary Shahin Siraj and some others to various posts.
Shahin joined the UGC as a section officer on August 8, 2006, on an ad-hoc basis. He was promoted to assistant secretary on March 1, 2010.
It is alleged that Shahin’s last promotion was also given through relaxing MPQ.
The latest circular was also meant to promote him to deputy secretary. Shahin also applied for the post and is very likely to get promoted anytime.
The UGC rules say twelve years’ experience is needed to apply for the post of deputy secretary, but Shahin has only nine years.
Sources alleged that Shahin is a cohort of UGC’s controversial officer Ferdous Zaman and lobbies with Prof Azad to ‘get rewarded’.
Talking to daily sun, Shahin claimed: “The chairman is not promoting anyone violating rules. He is just following the rules set by the previous chairman.”
Sultan Mahmud Bhuiyan was promoted to additional director (a post equivalent to joint secretary) from deputy director in 2013. He joined the UGC in 2005.
Sultan was made additional director but he failed to draw salary against his post in the first few months as his experience did not match with the criteria.
However, he now enjoys full pays and perks against his post. He got promoted as both Prof Azad and Sultan hailed from greater Noakhali.
About Sultan’s promotion, Prof Azad said this case is different because Sultan served another organisation before joining the UGC.
The UGC also promoted ‘corrupt’ officer Zaman to additional director in 2013.
The UGC, which is reputed for taming corrupt and controversial officials, also promoted another officer Sher Ali Sabri to deputy director.
Sabri was promoted in 2014 although he got punished for his misdeeds and was facing a departmental case. But he failed to hold the post for complexities.
Mohammad Monir Ullah got promoted to senior assistant secretary in 2013. He was also facing a corruption charge that was not a bar to his getting promoted because of his birthplace, Noakhali.
Contacted, Monir said, “I’m not interested to talk to you over phone. Please come to my office to talk about the issue.”
Unbelievably, officer Motaharul Islam was promoted to senior assistant secretary when he was working as a faculty of IUT in lien. But he skipped it.
In the past, GUC drew flak for not recruiting children of freedom fighters. But this time it turned benevolent to the cause.
Children of freedom fighters can enter public service up to the age of 32 years.
In its March 17 circular, UGC declared to recruit the children of freedom fighters to the post of assistant secretary and assistant director. But it fixed the age limit at 33 years for them to enter the jobs!
What is striking is that UGC earlier promoted some 12 employees to first-class posts whose highest educational qualification was either SSC or HSC. It also promoted several MLSSs, typists, receptionists and guards to first-class posts!
Despite repeated tries over phone, UGC Secretary Mohammad Khaled was not available for comments.