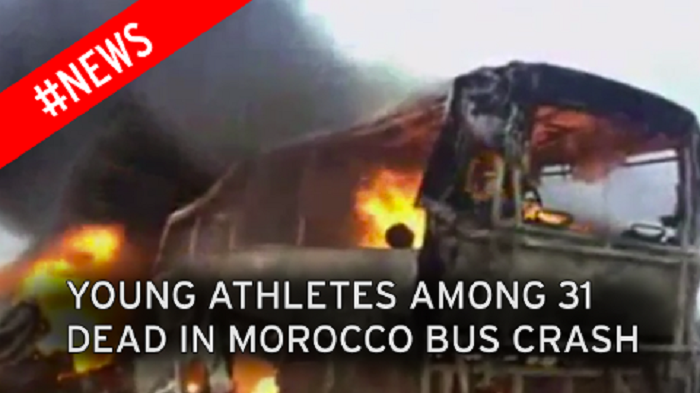 A head-on collision between a bus and lorry in Morocco has killed 31 people, many of them young athletes, officials say.
Nine are reported to have been injured near the southern city of Tan-Tan.
Many of the victims were killed by a fire which broke out following the crash, local media said.
The accident is said to have happened on the road between the capital, Rabat, and Laayoune, which is in the Western Sahara.
It took place early on Friday morning in the rural district of Chbika, near Tan-Tan, local media said.
Many of those on board the bus were school students participating in a national sports competition, the Le360.ma local news site reported.
The site said the lorry involved was a petrol tanker, and the collision was followed by a "terrible explosion".
Road accidents have been on the rise in Morocco since car ownership nearly doubled over the last 15 years, reports Reuters news agency.
Statistics suggest an average of 10 people die every day in road accidents.