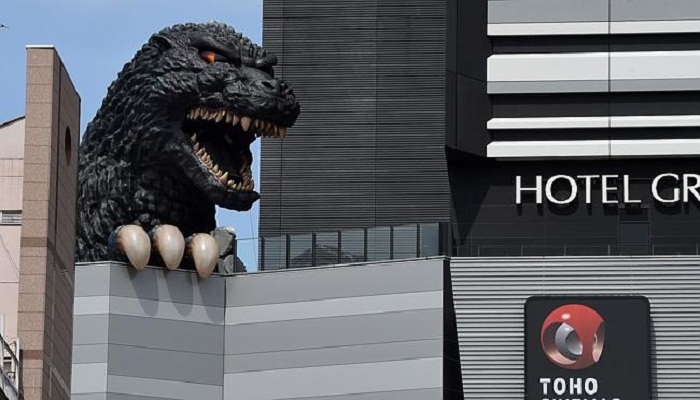 TOKYO: Godzilla has stomped so many buildings in Japan the irradiated monster is getting appointed special resident and tourism ambassador for Tokyo's Shinjuku ward.
In honor, a Godzilla-size head towering 52-meters (171 feet) above ground level was unveiled on Thursday at an office of Toho, the studio behind the 1954 original.
Toho is shooting a comeback film this year after a decadelong hiatus.
Godzilla's standing as an icon has had its ups and downs, but its stature has been reinstated after the Hollywood "Godzilla," released last year, was a global hit.
At an awards ceremony next to the giant Godzilla head, an actor in a rubber suit waddled to the Shinjuku mayor. But a Toho executive accepted the residency certificate in Godzilla's place as the suit's claws aren't designed to grab anything.