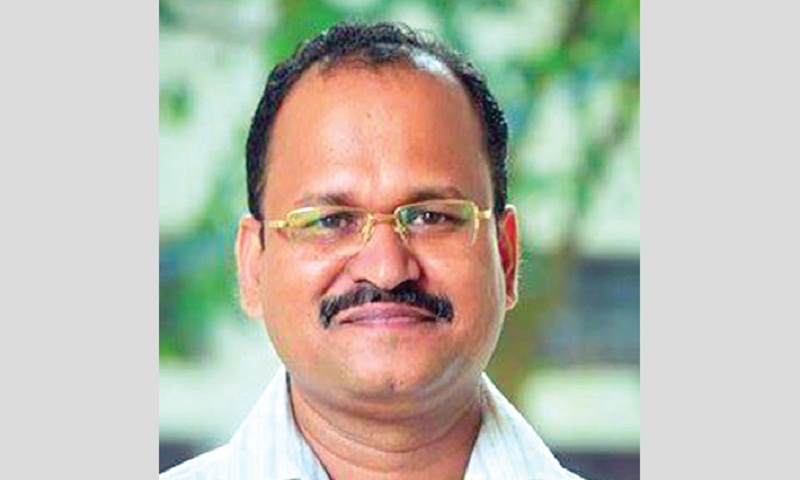 Previously public universities used to hit the headlines owing to clashes among students. Of late, however, these universities are becoming headlines due to teachers thrashing at the hands of university staffs and also for clashes or scuffles among the teachers.

In a group meeting of Dhaka University teachers, a teacher has allegedly been hit severely by colleagues very recently. One wonders what can be more shocking and mortifying.

What is happening in the highest seats of learning? Has common sense lost all its meaning among a section of teachers in the prime universities of Bangladesh? In fact, politics has become awfully dirty at some universities which nowadays relates more to appointment of Vice-Chancellors, Pro-Vice Chancellors and Treasurers. Vice-Chancellors are supposed to be selected from the panel elected by the Senates in the Universities run under the University Act, 1973.

And, in other universities, selection may be on the basis of competence. The best practice can be selection based on clear-cut and transparent criteria. However, selection is now made on the basis of personal affiliation. People adept in lobbying with the high-ups grab the prised positions.

Teachers’ attitude, after being appointed as Vice-Chancellors, should be to lead the universities and the assigned teachers are expected to work with the aim of turning their universities into centres of excellence.


They are also expected to be visionary leaders and great motivators. However, like the political leaders, most of such incumbents regard themselves as the owners of some fiefdoms. With a few exceptions, most of the incumbents treat the old colleagues as employees only to feel forlorn after their assignments are over. Teachers’ selection and promotion should be based on rigid qualifications and competence.

Objectivity on the parts of the selection committees should be the hallmark of every selection. Promotion should be based on performance and uniform up gradation rules. In many respects, selections are being influenced by political and other considerations. After introduction of GPA system, the scenario has deteriorated greatly. Promotion is now based on rules of individual universities and rules are rather relaxed in many universities.

What is the students’ attitude towards their educational institutions these days?  Students are expected to deem their educational institutions as sacred and ideal places for knowledge acquisition, psychological and moral development. General students are basically in pursuit of knowledge acquisition and development. However, students involved in politics use the platforms to become rich overnight.

In fact, a calm, quite but interactive campus is a sine qua non for having and providing quality education. Teachers and students need a fear free environment for balanced development. Campuses become heated at times. Unrest and unease engulf the campuses at times due mainly to rivalries of student political groups. Of late, rivalries among sub-groups are rife. To be honest, the recent news of teachers’ clashes adds a new dimension equally embarrassing for teachers and students.

Sometimes back, Transparency International Bangladesh (TIB) observed that adherence to the ideology of ruling political party was an important catalyst in recruitment of lecturers. In all the universities included in the TIB research, the Vice-Chancellors, Pro-Vice-Chancellors, departmental Chairmen and external experts facilitated the recruitment of the candidates supporting their political ideology. Moreover, politically influential people put pressure on concerned quarters for recruiting candidates who followed their political ideology.

TIB observed that, in some universities, the recruitments were made based on the places of origin of the candidates. Preferences were given to the candidates coming from the districts or neighbouring districts of the universities. There was a visible tendency among the Vice-Chancellors, external experts or members of the selection committees to select candidates from their own districts or regions. Interestingly, however, in the cases where regionalism was given priority, the political adherences or ideologies were not given much importance.

TIB also observed that nepotism was an important factor in the recruitment of lecturers in some universities. A section of university teachers lobbied with relevant influential quarters with a view to promoting their family-members and relatives. They resorted to lobbying with the relevant quarters including the departmental Heads, Deans, Vice-Chancellors, influential members of the teachers’ associations, Ministers, MPs, and local political leaders. In this case, too, the questions of political ideology or regionalism did not get much importance.

Even communalism was pointed out by TIB. TIB commented that as the religious minorities are considered to be followers of a particular party in Bangladesh, there are examples of not recruiting them in a particular regime, even when they had the best of academic results. On the other hand, there are examples in a particular regime where the minorities were given preference. Examples were also found of recruiting additional teachers from among the minority candidates in some cases.

TIB added that the financial transactions were dealt via the officers-staffs of the offices of Vice-Chancellors and Registrars, family members and relatives of the Vice-Chancellors, student leaders and political activists. The preceding observations and allegations that have been raised by Transparency International Bangladesh are no doubt very serious and humiliating ones. Interestingly, however, no responsible quarters belonging to public universities officially protested against the said allegations of irregularities and corruption.