Why halal food is important? 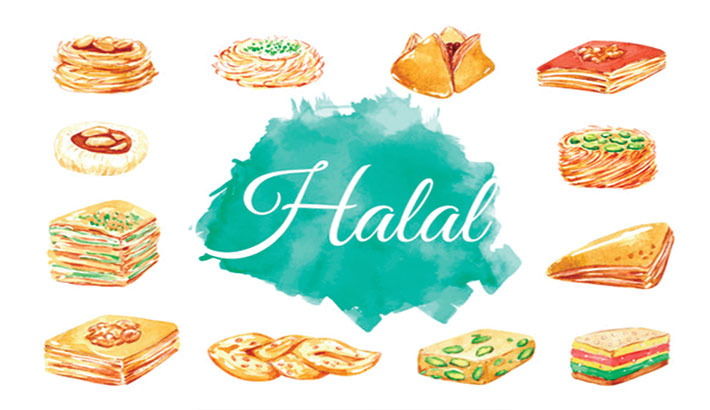 Consuming Halal is an order of Allah and an essential part of the Islamic faith. Allah has repeatedly emphasised the consumption of Halal.

The word ‘Halal’ is an Arabic word. It means lawful, legitimate, wholesome, approved or legal. Besides these the term Halal is also applied in the sense of holy, sacred, pure. In the Islamic terminology, those things are Halal in the Shariat which are distinctly proved by Al-Qur’an and Hadith as lawful. Allah, the Most High, is the creator of all things. It is He Who knows the best what is beneficial and what is baneful. The Almighty, says, “O holy prophet! You eat from pure things and perform good deeds, I am well aware of what you do.” (Sura Muminun: Ayat 51). Allah has employed all the things of the world for the welfare of human beings. “He has created everything of this world for your service” (Sura Baquara: Ayat: 29).

Halal things on earth are innumerable, unlimited and inexhaustible. These are stamped as the gifts of Allah, the Most High. Almighty, the Most, says, “If you keep on counting the gifts of Allah, you will not be able to exhaust them.” (Sura: Ibrahim: Ayat 34). The Holy Prophet (pbuh) said, “Halal matters are clearly stated. And Haram matters too clearly stated.” (Bukhari).

Eating Haram foods develops bad habits and bad character, destroys interest in iba’dat and the prayers of the harm- eaters are not accepted. The Prophet (pbuh) said in this regard, “Many people come back from long journeys and start praying with devotion raising both the hands to Allah saying: O Lord of the Universe! But how their prayers will be accepted since their food and drinks, dress and clothing are all of Haram earnings.” (Muslim, Tirmizi). It is very essential to have an identification of these Halal and Haram things. It is unbelief to believe in Halal as Haram, and Haram as Halal. Almighty has made Halal those things and matters which are beneficial for mankind.

Abu Hurayra (Ra) reports that the Prophet of Allah (pbuh) said, “A time will come upon the people wherein a man will not bother what he intakes; whether from Halal source or Haram.” (Bukhari).

Abu Baker (Ra) narrated that Allah’s Messenger (pbuh) said, “That body will not enter Paradise which has been nourished with Haram.” (Baihaqi). Halal and pure things keep sound man’s both body and brain. They generate Noor (light) in the heart. As a result, man starts hating unjust and dishonest conduct and grows up with noble qualities. In fact, Halal foods create a holy feeling and self-purification. In consequence man becomes recipient of immense good in both here on earth and in the Day of Judgment.

S’ad (Ra) relates that Allah’s Messenger (pbuh) said, “O S’ad purify your food (and as a result) you will become one who’s supplications are accepted. I swear by He in whose hands the soul of Muhammad (pbuh) lies, verily a servant (of Allah) tosses a Haram morsel in his stomach (due to which) no deed is accepted from him for 40 days.” (Tabarani).

The writer is a religious teacher at Core Care & coordinator of Mentor English Language Institute, Kushtia.