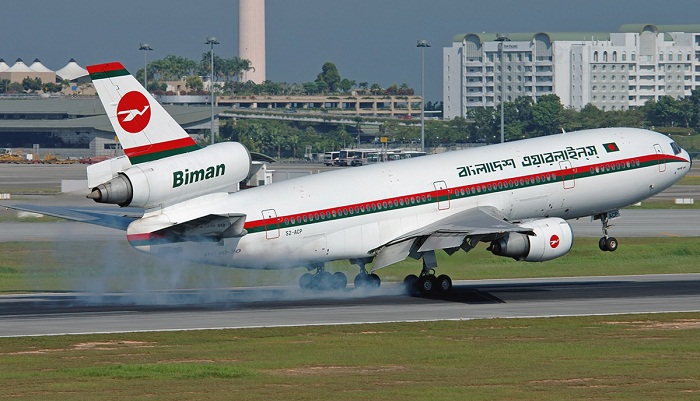 A domestic flight of Biman Bangladesh Airlines, which faced problem in a wheel after taking off from Syedpur Airport, landed safely at Hazrat Shahjalal International Airport on Wednesday morning, UNB reports.

Biman's general manager (PR) Shakil Meraj said 'Dash-8', a plane of Biman Bangladesh Airlines, took off from Syedpur Airport at 9:33 am with some 66 passengers, including women and children, on board.

Just after the take off, wheel No. 4 of the back side of the aircraft got damaged, Shakil added.

However, the pilot successfully managed to land the aircraft with his outstanding skills at Hazrat Shahjalal International Airport at 10:38 am, the general manager said.

Tofail Ahmed, one of the passengers, appreciated the pilot's work saying, "We are happy that the pilot landed the plane smoothly on one wheel instead of two."