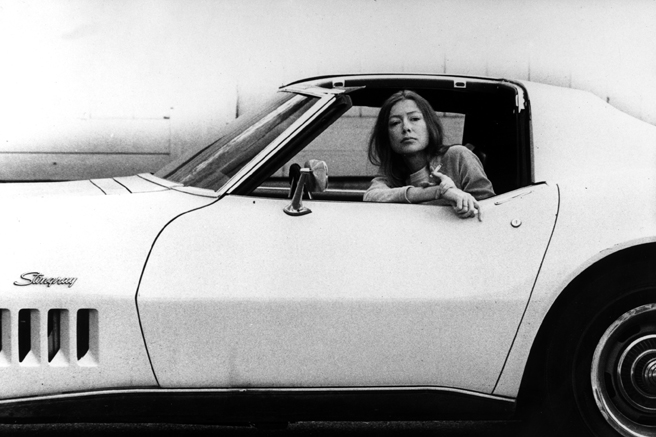 When E. Jean Carroll interviewed the inimitable Fear of Flying author Erica Jong for ELLE's November issue, she mentioned a few books that "gave women ideas." She listed classics of gender studies 101 like Mary Wollstonecraft's 1792 polemic A Vindication of the Rights of Woman alongside more modern novels like Nobel Prize winner Doris Lessing's 1962 novel The Golden Notebook.
While there are a lot of excellent lists of must-read literature for women in many different life stages, E. Jean's list got us thinking about other books that could be in the category of giving women ideas. Which is to say, the following 15 books were culture bombs that sparked discussion and challenged mainstream beliefs at the time in which they were written. This list is by no means completist, so add the books that gave you ideas in the comments.
A Vindication of the Rights of Woman, by Mary Wollstonecraft (1792)
In the 18th Century, the notion of educating a woman was considered radical. Wollstonecraft argued that women deserved to be in public sphere—no small feat at the time.
Pride & Prejudice, by Jane Austen (1813)
England of the 19th Century was incredibly stratified. Austen subtly satirized class-based snobbery, and though she doesn't subvert the system entirely, Fitzwilliam Darcy and Lizzie Bennet remain one of the most beloved couples in English literature.
A Room of One's Own, by Virginia Woolf (1929)
The notion that "a woman must have money and a room of her own if she is to write fiction," is now so ingrained it's difficult to think back to when such a statement was revolutionary, but Woolf's argument for women's creative and financial freedom would ultimately become a rallying cry for mid-century feminist intellectuals.
The Second Sex, by Simone de Beauvoir (1949)
Considered the jump-off for the second wave of feminism, de Beauvoir pulled from multiple disciplines to explain the subordinate status of women through out history. It was so controversial it was placed on the Vatican's index of forbidden books.
The Golden Notebook, by Doris Lessing (1962)
As Kate Winick put it in a post earlier this month on the occasion of Lessing's death, The Golden Notebook "deals with homosexuality, incest, rape, interracial love affairs, infidelity, and casual sex with a searing, honest sensuality," something that might be old hat today but was certainly radical in the early 60s.
Sex and the Single Girl, by Helen Gurley Brown (1962)
Though a lot of HGB's advice seems dated now (cook for your man, don't eat and for god sake don't let your arms get too flabby?!), she encouraged young women to play around and to truly enjoy sex, several years before the sexual revolution of the late '60s and early '70s.
The Feminine Mystique, by Betty Friedan (1963)
She coined the phrase "the problem that has no name" to describe the housewife's lament. Friedan taught middle class women that marriage, children and a neat suburban home were not always the path to fulfillment.
Ariel, by Sylvia Plath (1965)
She might be best known for her roman à clef The Bell Jar, but Plath's final, posthumously published book of poetry, Ariel, was far more transgressive in its way. It gave women permission to be deeply, irrevocably angry. If you want to get chills, listen to Plath reading the poem "Daddy," from Ariel.
I Know Why the Caged Bird Sings, by Maya Angelou (1969)
The personal is political is a cliché of the second wave, but Maya Angelou's first autobiography, which covers her youth and teenage years, embodies the phrase. She wrote about rape, teen pregnancy, and racism in gorgeous prose that raised consciousness and inspired so many women writers.
Fear of Flying, by Erica Jong (1973)
40 years after Jong introduced the term "zipless fuck" into the America lexicon, her novel still feels sexy, devious and true. She was exploring non-monogamy decades before it became even marginally acceptable.
The Woman Warrior, by Maxine Hong Kingston (1975)
Kingston mixed Chinese folk stories with memoir and her family's stories to explore her experience as a Chinese-American woman. She grapples with assimilation and the expectations of her family, and bent genre in a way that's still fresh.
The White Album, by Joan Didion (1979)
Arguably the best female essayist of the modern era, Didion stuns with this collection. She catalogues her nervous breakdown in the titular essay, but she also takes on the women's movement, Georgia O'Keefe, and Ronald Reagan. Her infamous packing list alone makes The White Album necessary reading.
Ain't I a Woman?, by bell hooks (1981)
Ain't I a Woman is a foundational text of intersectional feminism, explaining how the feminist movement failed to speak to women of color and the working class. hooks continues to be instrumental in calling out mainstream feminism for its racism and classism.
Paula, by Isabel Allende (1995)
Allende is best known for her novel The House of the Spirits, but her memoir, Paula, is truly heartrending. It is in the form of a letter to her daughter Paula, who had fallen into a coma because she suffered from a rare disorder called porphyria. It is far reaching and revealing, and Allende discusses religion, politics, old lovers and her mother. The book begins thusly: "Listen Paula. I am going to tell you a story, so that when you wake up you will not feel so lost."
The Conflict, by Elisabeth Badinter (2012)
Elisabeth Badinter believes that the trend of naturalism in motherhood—years of breastfeeding, co-sleeping and baby wearing—is just a stylish way to keep women down. You might not agree with Badinter that the ladies who started the La Leche League were "ayatollahs of breast-feeding," but you have to respect her willingness to start a fire.