Tigers' bowling has to improve a lot: Papon 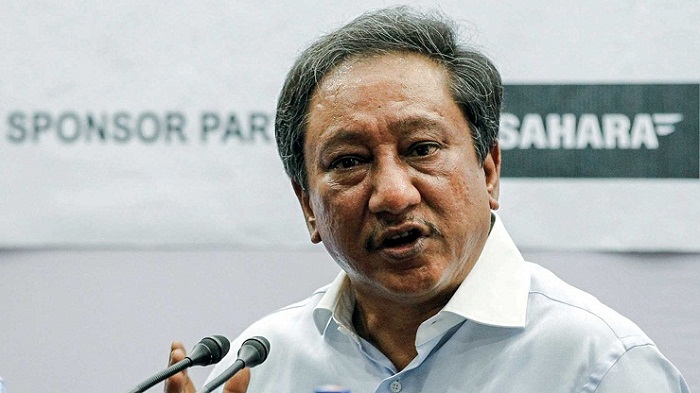 Bangladesh Cricket Board (BCB) President Nazmul Hasan Papon, MP, has said that the Tigers will have to improve a lot in the bowling department to earn success abroad.

Papon came up with these observations while addressing a function as the chief guest at Biswa Sahitya Kendra in the capital Thursday night.

"We've many weak points like pace bowling. Our pace bowling has become very weak ... though not at all places abroad, the fast bowlers aren't doing well in South Africa," he said.

The BCB boss added that the Bangladesh pace bowlers cannot break the opening partner in South Africa. "So the pace bowling has a scope to improve a lot,"

BCB Director (media) Jalal Yunus and Director Nazib Ahmed were present at the function as the special guests with CWAM Convenor Habibul Haque was in the chair.

While talking about Bangladesh's spin bowling, Papon said there is a scope of improvement here. "We're getting wicket at home as wicket is helping us. But when we play at the flat wicket, the ball is not spinning," he said.

The BCB president said the ball of (Rabichandran) Ashwin and (Rabindra) Jadeja spins well at that flat wicket and there is something in the matter. "So, we've to learn and develop ... we've long way to go," he said.

Papon said Bangladesh's cricket reached a dignified position and this position will have to be consolidated. "This is the real and tough time for us," he said.

He said West Indies couldn't play in the ICC Champions Trophy due to Bangladesh. "We're also above Sri Lanka in the one-day ranking. So people's expectation to us is definitely high ... it will have to be kept up," he said.

The BCB boss said Bangladesh will have to perform better to fulfill the expectations. "Other countries are now very serious about Bangladesh," he said.

He said Bangladesh team are doing good at some places. "There is no end to develop ... we are now the best at certain position. But we'll go down in the ranking, if we perform bad," he said.

Pointing out that learning is a continuous process, Papon said everybody will have to continue strides to develop his performance.

Acknowledging the contributions of seasoned players to the success of Bangladesh's cricket, the BCB president said the experienced and world-class players Tamim, Shakib, Mushfiq, Riyadh are the best. "There is no doubt that they're the best," he said.

"Alongside, we have to say about the new generation players that we couldn't win and our success would have not come without them," he added.

Mentioning that new generation players are very clever and intelligent, Papon said he has full confidence in them.

"They aren't so little that we consider them ... they are very clever and intelligent and love the country very much. We have to take the country forward by taking with them," he said, adding they have an extraordinary confidence.

"I've no relations with this success. Everybody thinks I did a lot ... actually the players did the main job then the coaches. Basically I'm a manager," he said.

Papon said: "Many people knew and many don't know that I'm the only lawmaker who is doing (private) job and I've grown up through professional environment."

He said while discharging his responsibility as the BCB president, he wanted to develop such a system in the board. "We've constituted the board with some young boys and everybody has a role in our success," he said, adding but the contributions of the experienced couldn't be denied in any way.