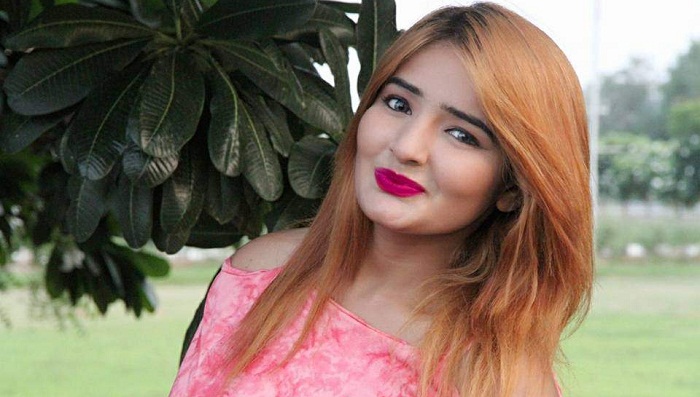 Sister of Harshita Dahiya, on Wednesday accused her husband of killing the Haryanvi singer alleging he killed her sister because she was a witness in their mother’s murder case.

"Harshita was killed by my husband because she was a witness in my mother's murder case," said Lata, sister of Harshita Dahiya.

Meanwhile, Panipat District Superintendent of Police, Desh Raj said a team has been formed and investigation is underway in the matter.

“We will slowly get to the bottom of it," Raj told ANI metioning that at least seven bullet wounds have been found in the body of 22-year-old folk singer Harshita Dahiya.

Harshita was shot dead on Tuesday while she was on her way back to her home in Delhi after a performance in Haryana's Panipat. She was a resident of Nahra-Nahri village of Haryana's Sonipat, was living in Narela of Delhi.

She was shot in the head and neck at close range by men who blocked her car in Panipat and forced others with her to get out. She died instantly, the police said.

The singer was returning to Delhi after a show at a village in Panipat. Around 4 pm, two men in a black car allegedly overtook her car and blocked it. "A car overtook her vehicle near Chamrara village and forced it to stop," senior police officer Desh Raj said.

She was accompanied by a male singer, her assistant and driver.

The men barked at the driver and Harshita Dahiya's two companions, including another singer, to leave the car. Aiming at her head, they fired multiple bullets and escaped.

"There are seven-eight bullet wounds on the body, three bullets were recovered. The rest of the bullets passed through the body," said Dr Rajeev Maan, who carried out the autopsy.

Harshita Dahiya had recently posted a video on social media alleging death threats. "Do whatever you want, I am not afraid of dying," she had declared in what turned out to be her last recorded video.

She did not, however, alert the police.

Harshita was known for her Haryanvi 'Ragini' songs and was also a dancer.