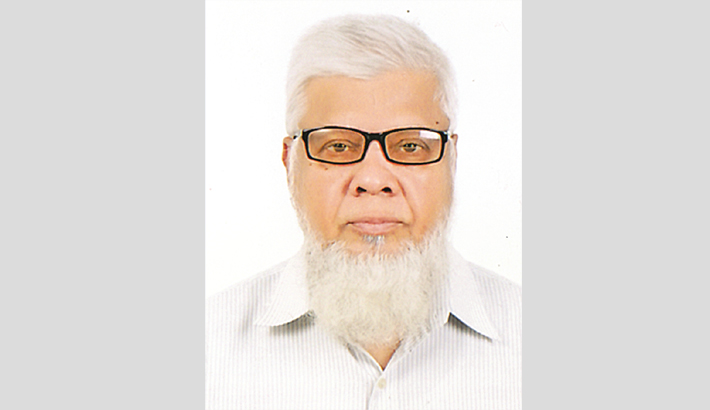 Of late, Myanmar’s army Chief, General Min Aung Hlaing fabricated an obvious truth saying that Rohingyas are not the natives of Rakhine. The truth is Rohingyas are the natives of Rakhine. He raised this controversy with the American Ambassador at Myanmar Scot Marciel. He referred the Rohingyas as Bengali with an emphasis that the colonial rulers helped them to settle in Rakhine. This very statement is a testament that this community had been living in Arakan from 1842. Indeed, the Rohingya Muslims are living in Arakan for several decades and above all Muslims are living in Burma for several centuries. Rohingyas those who fled their homeland were born in Rakhine and also their forefathers lived in Arakan.

Bangladesh did not exist as a country in 1842 and after its independence in 1971, people from Chittagong Division did not settle in Rakhine.  If economic factors were the driving forces for migration, Bangladesh was in a far better economic condition than Myanmar, especially the people of the Chittagong Division.

Once Muslims were honoured in Arakan and they lived happily under King Min Saw Mon who established the Mrauk U Dynasty. The Mrauk U Dynasty ruled Arakan from 1430-1785 and indeed it was a protectorate of the Bengal Sultanate from 1429 to 1531. The last ruler, Maha Thammada ruled from 1782-85.  Several of the rulers down the family tree assumed power with the Muslim title. Islam was an accepted religion with the Theravada Buddhism.  Kingdom of Maruk U during their 350 years rule faced many invasions and encounters with Portuguese, Mughal and King of Ava.  When the Burman King Bodawphaya annexed Arakan in 1784, refugees in thousands from the Arakan State poured into Cox’s Bazar, a territory under the British colonial administration. The inhuman atrocities committed by the invading army at that time are just a reminiscent of what the Myanmar’s army is currently doing to the Rohingya community.

When Arakan came under the colonial administration with the conclusion of the Treaty of Yandabo in 1826, there was a reverse flow of inhabitants from the Cox’s Bazar to Arakan State. With the Yandabo treaty, there were lots of changes in the geographical landscape in undivided India.

Assam and Manipur were ceded to British colonial administration. It was a humiliating defeat for the King of Ava who was obliged to pay one crore rupees as reparations of the war. People those who migrated during the British colonial administration on different pleas settled in the Buthidaung and Maungdaw townships of Arakan state. According to the British census of 1872, Department of Revenue, Agriculture and Commerce, the Muslim (Mohamedan) constitute approximately 25 per cent of the total population of the Akyab Town. The total Muslim population of Arakan according to the census reports of 1911 was 178,647. The overall growth rate of population according to the1901 census from the 1871 census was 174 per cent and the growth in Muslim population was 66 per cent. When you compare the census of 1911 with the Census of 1901, the growth rate of population was 10 per cent, and the growth of Muslim population was 15 per cent.

The current population of Burma is 55 million. The census of 2014 depicts about 90 per cent of as Buddhist, 6.3 per cent as Christian, 2.3 per cent as Muslim, 0.5 per cent as Hindus 0.8 percent as animist, 0.2 per cent as “other” and 0.1 per cent without any religion. Given the population of 55 million, the Muslim population now stands at 1.26 million but Muslim population was 3.9 per cent in 1983 census. Thus the census of 2014 represents a drop of the Muslim population by 1.6 per cent. Unfortunately, this 2.3 per cent does not include 1.09 million Rohingya Muslim population in western Rakhine State because they were not allowed to identify as “Rohingya” and instead to register as “Bengali”. The unofficial number of Muslims in the country could be as high as 2.35 million or 4.61 per cent of the total population. United Nations Population Fund (UNFPA) ventilates a cautious comment on its Myanmar Population and Housing Census [2014], “however, the non-enumeration of those who wished to self-identify as Rohingya as a “serious shortcoming and grave human rights concern” with expectation that all privileges and rights are restored as possible. When we look at a macro perspective of the percentage of Muslims and Buddhists in the Rakhine State, Muslims constitute approximately 25 per cent and the Akrakanese Buddhists constitute 68 per cent, [1983 Census, immigration and manpower department.

1987:I-14] This simple math illustrates a cruel treatment to a community who are eligible to get all the privileges and rights to live in their motherland. “It is time to replace speculation with fact. The people of Myanmar form a vibrant socio-cultural fabric with the power to forge hope of sustainable peace and respectful co-existence.”

The apprehension that Muslims in Rakhine State would forestall the State as Muslim territory is baseless and mystified in hatred and hegemony perpetuated by the spirit of nationalism engineered by extremist group of Monk Ma Ba Tha.  Whenever we look at the Dalai Lama, we only see the true image of Gautama Buddha who expressed his grief over the ongoing violence inside Buddhist majority in Rakhine with a divine intone, Buddha would have “definitely helped” the Rohingya.  His message is the reverberation of what Gautama Buddha told to his disciples, “Do not dwell in the past; do not dream of the future, concentrate the mind on the present moment.” When Buddha is your saviour you have to live with the dictum of compassion. But your atrocities has rendered thousands of your citizen homeless, 14,000 children orphan and immense sufferings that your saviour, a Prince tried to get rid of with immense sacrifice.

Every state has its own rule of citizenship. Myanmar is not an exception but the rule cannot deprive a minority community who lived in that country during the independence of Burma [January 4, 1948] and their successive generations. When you have 135 minority communities, you cannot strip the citizenship of one community and force another country to give them shelter and at the same time be the disciple of Gautama Buddha. When 90 per cent of your population is Buddhist, the other minority communities constitute 10 per cent; it would be more propitious to allow the other flowers to bloom.