For Aamir Khan, it’s more about karma than box office or fame 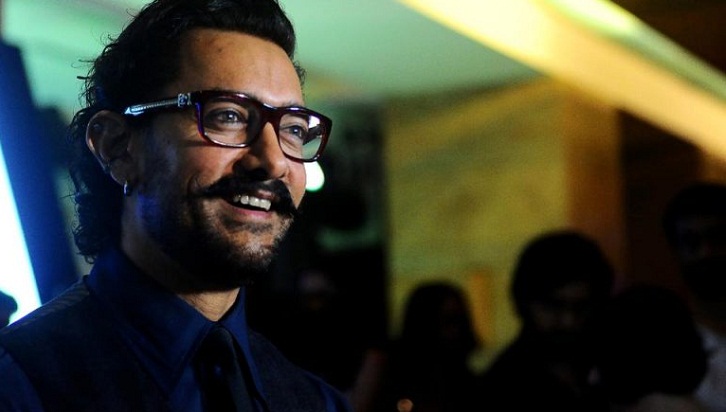 A common refrain I hear from readers commenting on my posts about Bollywood movie star Aamir Khan is that he’s beloved not only for the work he does on-screen, but also for all the good deeds he does behind the scenes as well.

The public face of the 52-year-old, Mumbai-born Aamir Khan is that of a globally recognized actor, an astute producer, and a hitmaker who has been a key creative and business force behind two of India’s three biggest-grossing movies ever; the family drama Dangal is number one with $320 million in worldwide receipts, and the sci-fi comedy PK is number 3 with $130 million (he also starred in the 6th ranked film, Dhoom 3, and the 11th, 3 Idiots). His movies have earned more money at the global box office than any other actor in Indian cinema history.

But in his private life, one gathers that the serious and introverted artist is less concerned about fame and riches than about the impact he has on the world. Khan devotes much of his time and personal fortune to bringing attention, and solutions, to critical problems that plague humanity.

The website Looktothestars.com, which chronicles events in the world of celebrity giving, lists eight different causes to which Khan devotes his efforts: children, disaster relief, education, environment, health, human rights, poverty, slavery & human trafficking. I would add to that list women’s rights, which has been a major theme of his last film, Dangal, and of his upcoming one, Secret Superstar.

Just one example of his devotion to addressing such challenges is the non-profit organization Paani, which Khan founded in 2016. The aim of this philanthropic venture has been to solve the problem of critical water shortages in his home state of Maharashtra. With moral and financial support from Khan, Paani’s staff has trained villages across the state about watershed development and water conservation work. Thanks to the work of his government award-winning team, Paani has created 82 billion liters of water capacity worth some $250 million annually, and helped rural villages that faced drought in 2015 to the point where they are now in a position to give water to others.

Previously Khan had established a television program, Satyamev Jayate (“Truth alone prevails”) that focused on sensitive social issues prevalent in India such as female foeticide, child sexual abuse, rape, honor killings, domestic violence, untouchability, alcoholism, the dowry system, medical malpractice, old age, pesticide poisoning and water shortages. The show brought these issues into Indians living rooms with frank, well-researched narratives designed to spur viewers to public discussion and to force government action. In connection with the show Khan was invited to appear before the parliament of India to give a report on medical malpractice. In 2012 he also met India’s prime minister and the minister for social justice and empowerment to discuss the plight of manual scavengers and sought eradication of manual scavenging in the country.

Much of this work Khan does quietly, without seeking public attention, though he’s not afraid to leverage his celebrity when it can help, even to the detriment of his career. In November, 2015 at a public event in New Delhi, Khan passionately expressed his feelings about intolerance in India. The far-right political party Shiv Sena sharply criticized Khan’s statement, labelling it “the language of treachery,” and encouraged boycotts of Khan’s films and public burnings of his movie posters. Khan responded to the backlash by stating, “it saddens me to say you are only proving my point”