Gandhiji Stood for Power of Practice 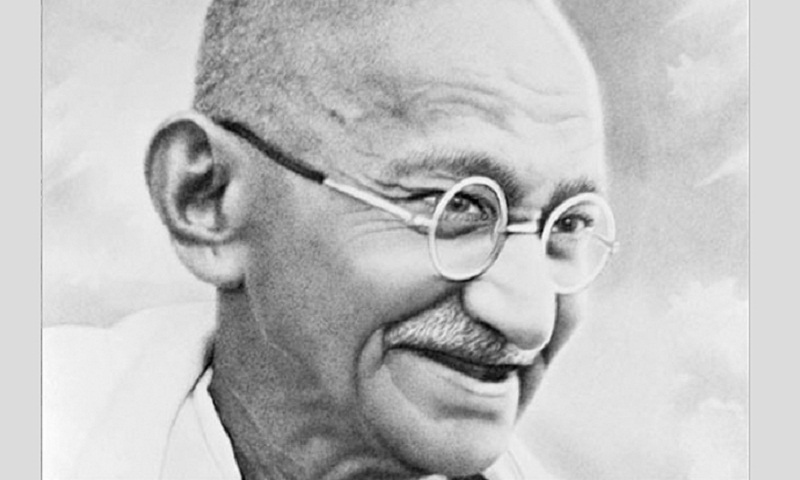 Significantly, Mahatma Gandhi said, “My life is my message.” Instead of tall talks and empty rhetoric he showed us a life impregnated with experiences of practising universal values and also exhibited how he derived tremendous inner power from practising virtues which people normally profess but seldom practice. His autobiography titled My Experiments with Truth is an astounding account of how an ordinary person with no extraordinary traits could become truly extraordinary by sheer sincere practice of truth and non-violence, the age-old elementary ethics propagated in the precepts of Yoga, Jainism, and Buddhism etc.

Because of his principle-centred life he could acquire leadership qualities and raise massive non-violent agitation against the mighty British Empire and execute mass-awakening in pre-independent India. No wonder that the UN declared his birthday 2nd October for observation as Int’l Day of Non-violence in commemoration of his contribution to raising non-violent agitation in India’s freedom struggle.

Much more than so called Gandhian philosophy which is traditionally Indian what is needed most is to understand how he related eternal ethical principles in the context of political regeneration as mighty tool for collective action and individual elevation. Yet to Gandhiji truth and non-violence were never tools for raising agitation as convenient policy but organically assimilated principles of life for an altogether different quality of life. He did not give any second thought to call off movement at its climax when he found his non-violent movement was becoming violent due to inability of the followers.  Principle was more important for him than impending political gain.

Gandhian concept of non-violence is not merely confined to resistance from practice of violence. It involves removal of hatred, animosity, revengefulness and any ill-feeling of violence from the mind. It relates more to heart than hands that kill and calls for attitudinal transformation with love. To that extent non-violence is not a convenient refuge of the weak against mighty adversary but an expression of tremendous power of the mind and soul over brute force of the arrogant ignorant, unaware of the subtle power of virtues and love.  It is not enough to desist from practice of violence.  One must uproot violence entirely from the heart with all-embracing power of love and indiscriminating universal fraternity.

To redress grievances and remove injustice he adopted non-violent means and proved their effectiveness. He said, “I have found that life persists in the midst of destruction. Therefore there must be a higher law than that of destruction. Only under that law would well-ordered society be intelligible and life worth living. If that is the law of life we must work it out in daily existence. Wherever there are wars, wherever we are confronted with an opponent, conquer by love. I have found that the subtle law of love has answered in my own life as the law of destruction has never done.”

He was always conscious that everyone was  not ready for holding to truth and non-violence, yet the law operated in the widest scale possible and penetrated deeper than any other doctrine in an incredibly short time. It takes a fairly strenuous course of training to attain a mental state of non-violence. The perfect state is reached only when the mind, body and speech are in proper coordination. Every problem would lend itself to solution if we are determined to make the law of truth and non-violence the law of life.


Violence is the animalistic rule of jungle and it can never reach sustainable solution. We have seen the World War I and II but world peace has been far away as it can be attained only through non-violent way. The billions of dollars going up in the smoke of explosive nothingness would have been sufficient to make a new world of peace, prosperity and progressive knowledge. So the example of Gandhiji appeals to man’s highest conscience. Through violent means victory and defeat become alike sterile. The more are the weapons of violence, the more misery to mankind.

The triumph of violence ends in a carnival of mourning for departed ones.

Gandhiji did not believe in the narrow concept of nationalism and patriotism confined within a definite territory in disregard of others. He believed in the principle of all for each and each for all in universal brotherhood. He reverently studied all world religions and believed in worshipping one God and all the prophets of the world. He held that disputes in the name of religion were the height of ignorance. Everyone should worship God according to his own faith or dharma and live at peace with other religions with mutual respect as the inner dynamite of hatred explodes into communal violence.

Whole-hearted acceptance and following of non-violence and truth give birth to qualities of value-based and principle-centred leadership to which people render habitual and spontaneous acceptance and surrender. Such leadership qualities attract multitudes much more than empty propagation and blowing egoistic trumpets, but lesser politicians seldom have the potential to stick to the same.

Non-communalism and non-sectarianism had been the hallmark of his attitude and he took every step to remove untouchability from the society with a sense of harmonious integration of all. He termed untouchables as Harijan or men of God, the maker of everything in universe.

Gandhiji derived his immense potential from spiritual adherence. He used to frequently go on prolonged prayer, fasting and silence for self-purification to enable himself worthy of an instrument of God. He said, “By religion, I do not mean formal religion, or customary religion, but that religion which underlies all religions, which brings us face to face with our Maker.....  Religion does not mean sectarianism. It means a belief in ordered moral government of the universe”.

This kind of religion is one which changes one’s very nature, which binds one indissolubly to the truth within and which ever purifies.

Hence he adopted a principle of simple living and spiritual thinking and avoided all sorts of consumerism and avoidable luxury. For him life of leadership was an opportunity to practice karma yoga propagated in the Gita according to which one has to perform his best without having any hankering after the outcome which is divinely destined.

Sooner or later the way of the existing world will have to adopt the eternal cosmic principles or laws of life exemplified by Gandhiji to get rid of the present day chaos in social, political and every other sphere of life. Politics will have to be strictly principled and life more meaningful with a sublime purpose. Mahatma Gandhi showed us a path as a precursor as to how true leadership and principled politics can truly win. We will have to tread the path and accept his vision for fruition in due course after repeated experience of sheer ineffectiveness of the present day myopic movements in personal, social, national and international life to witness a new earth.